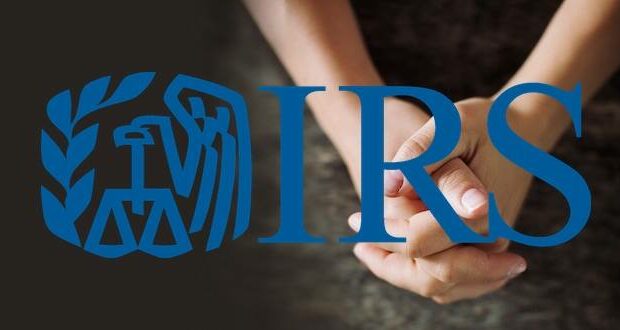 Religious rights groups are being joined by Congressional Republicans questioning growing attacks by the IRS against Christian non-profits and churches. The criticisms come after a Texas prayer group was denied tax-exempt status because the IRS stated prayer “benefits Republicans.”

“The language of the IRS ruling suggests the return of a disturbing trend of politicized targeting at the IRS,” House Minority Leader Kevin McCarthy (R-Calif.) stated this week. “This politicization treats Americans unfairly, not only by disrupting equal application of the law, but also by undermining public trust in government.”

Rep. James Comer (R-Ky.), the top GOP member of the House Committee on Oversight and Government Reform, told The Epoch Times that, “the IRS under the Biden–Harris administration is up to no good and appears to be abusing its vast powers for political gain.” 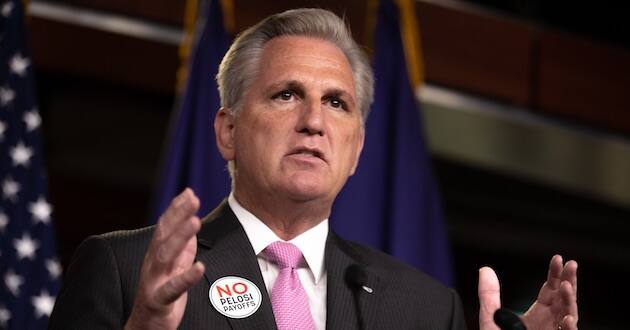 McCarthy and Comer were referring to an IRS decision in which a Texas group was denied tax-exempt status because its emphasis on prayer and Bible study allegedly mainly “benefits” Republicans, or so the IRS claims..

“You do not qualify as an organization described in IRS Section 501(c)(3). You engage in prohibited political campaign intervention,” wrote Stephen A. Martin, director of the IRS Office of Exempt Organizations Rulings and Agreements, in a May 18 letter to Christians Engaged, the Garland, Texas-based prayer group recognized by Texas officials as tax-exempt.

“You are also not operated exclusively for one or more exempt purposes within the meaning of Section 501 (c)(3), because you operate for a substantial non-exempt private purpose and for the private interests of the [Republican] party,” Martin continued.

“Following a massive leak of sensitive taxpayer information that targeted wealthy individuals, now the IRS is denying tax-exempt status to a religious organization because their beliefs may possibly inform their political opinions,” Comer said, referring to the recent leak of tax information on hundreds of America’s richest citizens to ProPublica, a website focusing on investigative journalism.

“This attack on religious liberty must be stopped and investigated. No federal bureaucrat should be able to wield such massive power and ignore government regulations to target an organization based on their religious beliefs,” Comer said.

“The Obama/Biden IRS targeted conservatives for their political beliefs. It looks like the Biden/Harris IRS is already up to no good as well. Every American should be concerned, but sadly, not surprised,” Jordan told The Epoch Times on June 22.

The Oversight committee investigated the Lerner scandal, as did the Judiciary panel. Both committees would be at the center of any new congressional investigation of the IRS decision to deny a nonprofit tax-exemption application on grounds such as those cited by Martin to Christians Engaged.

Heritage Action for America Executive Director Jessica Anderson says that it’s time for another investigation of the tax agency.

“The IRS is wrong to inject politics into their decision to deny tax-exempt status to a Christian organization. This is absolutely unacceptable,” Anderson said.

“It is sad to see Biden’s IRS following in the footsteps of the Obama Administration, discriminating against religious organizations, and denying tax-exempt status for political reasons. The decision to deny Christians Engaged tax-exempt status must be investigated immediately,” she said.

Other conservative activists displayed no hesitation about the IRS.

“The recent illegal ‘leak’ of tax returns out of the IRS to a left-wing organization, ProPublica, will make it less likely America will tolerate Biden’s plan to shower $80 billion and 87,000 new staffers on an unrepentant and unreformed IRS,” Norquist said.

“Why give more power to a unionized IRS bureaucracy whose union gives 97 percent of their contributions to one party: Democrats,” he asked.

Similarly, Taxpayers Protection Alliance (TPA) President David Williams told The Epoch Times, that “what the IRS has done to this group is outrageous and unacceptable. From the illegal release of private tax information to this new revelation, the IRS has once again become an activist agency that cannot be trusted. Congress needs to put an end to the politicization of the IRS immediately.”

Williams also said, “it is mind-boggling to think that it has taken the Biden administration less than six months to weaponize the IRS against conservatives, just like they did with Lois Lerner in the Obama administration.”

Richard Manning, president of Americans for Limited Government (ALG), wonders if the silence among political and religious progressives about the IRS decision indicates approval.

“The IRS has ruled that the inerrant Word of God is partisan and benefits Republicans. I am anxiously awaiting the outcry from the new left-wing ‘evangelicals’ in defense of the Bible,” Manning said.

“Their silence would be agreement with the IRS that Republican ideology better approximates how Jesus would vote than their own. Time for the Left to either claim the Bible or agree with the IRS that they have abandoned it,” he said.

Less Government President Seton Motley quipped that “Democrats have a standing invitation to worship God, too. It isn’t this group’s fault that so few accept it.”

The IRS moves come as Congress considers making public donations of individuals to non-profit groups such as churches and pro-life organizations. Religious freedom advocates say the forced disclosures could be sued to target Christians and others for their beliefs or the beliefs of groups they support financially.

Previous: 19 ways to be generous this summer
Next: Poll: most believe religious freedom necessary to healthy American society