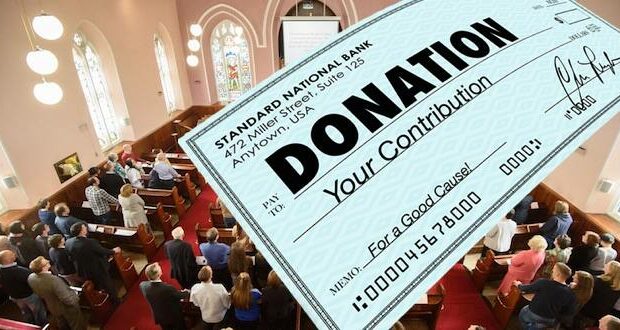 Lawyers for Alliance Defending Freedom said that the mandatory disclosure of names and addresses of donors to nonprofits threaten religious freedom and privacy guaranteed under state laws. At worst, they say, it can lead to harassment and in a case filed with the U.S. Supreme Court Feb. 22, an assassination attempt.

ADF filed the first brief defending a Michigan-based nonprofit, stating that donors and their names and addresses should be kept confidential. At issue is a move by many left-leaning groups to make donor lists to non-profits and churches public knowledge. If attempts to take deny privacy succeed, ministries from food banks and pro-life groups, women’s shelters, abortion counseling, policy advocacy organizastions and even churches could have their donors exposed.

“Every American should be free to support causes they believe in without fear of harassment or intimidation,” said ADF Senior Counsel and Vice President of Appellate Advocacy John Bursch. “As our brief to the Supreme Court explains, California leaks confidential records like a sieve. That makes mandatory disclosure of sensitive information especially dangerous for donors and employees of nonprofits like Thomas More Law Center, who have faced intimidation, death threats, hate mail, boycotts, and even an assassination attempt from people who don’t agree with them. Given that the California Attorney General’s office hardly ever uses supporter information for any purpose, there’s simply no justification for forcing charities to put themselves and their supporters at risk by forcing the disclosure of donor names and addresses.”

ADF attorneys representing the nonprofit filed their brief with SCOTUS since it agreed to hear the case Thomas More Law Center v. Becerra. The high court agreed to hear the case after the U.S. Court of Appeals for the 9th Circuit ruled that Thomas More Law Center—and all other nonprofits who solicit donations in California—must disclose the names and addresses of major donors to the California attorney general on an annual basis.

The 9th Circuit’s ruling reversed a district court’s decision following a trial, which found that the California attorney general’s office has no compelling need for the information. In addition, the office publicly exposed confidential donor information on the internet and created a perfect target for hackers by uploading thousands of confidential documents to the cloud, where they were easily discovered.

Description: California requires all nonprofit organizations who solicit donations in the state to disclose the names and addresses of major donors to the California attorney general’s office on an annual basis, even though it has no compelling need for the information. In addition, the office publicly disclosed donors on the internet when such information should not have been disclosed and created a perfect target for hackers by uploading thousands of confidential documents to the cloud, where they were easily discovered. This has unnecessarily opened up donors to harassment and intimidation for engaging in activity protected by the First Amendment.

Thomas More Law Center, a nonprofit organization based in Michigan, defends and promotes religious freedom, moral and family values, and the sanctity of human life. Roughly 5% of its donors are California residents, and it has operated as a charity in good standing with California’s attorney general for many years. However, in March 2012, the Attorney General’s Office began to harass the law center and demand the names and addresses of its major donors.

“Sixty years ago, this Court struck down an indistinguishable demand that the NAACP turn over its member list for reasons that apply equally here,” the ADF opening brief to the Supreme Court explains. “First, ‘effective advocacy of both public and private points of view, particularly controversial ones, is undeniably enhanced by group association.’ And second, ‘compelled disclosure of affiliation with groups engaged in advocacy may constitute as effective a restraint on freedom of association as’ direct government bans. As the district court found, a blanket-disclosure policy creates risks to charitable organizations and their donors that chill First Amendment rights. And the Attorney General does so for no compelling reason” [citations omitted].

In the 9th Circuit, Thomas More Law Center’s case was consolidated with a similar lawsuit filed by Americans for Prosperity Foundation that the U.S. Supreme Court has also agreed to hear. Kaufman Dolowich & Voluck LLP attorney Louie Castoria, who won the case at trial in the district court, is serving as co-counsel in the case for Thomas More Law Center.