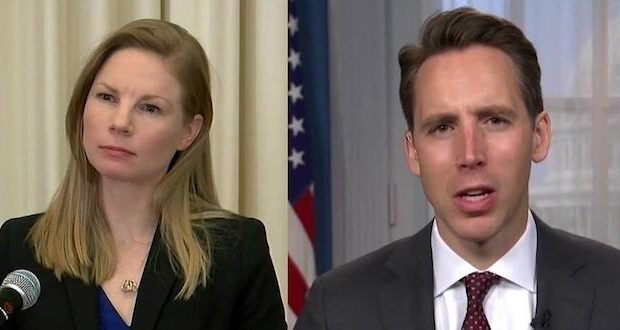 Missouri Auditor Nicole Galloway, who also is the Democrat candidate for governor, is now under investigation by the Missouri State Board of Accountancy.

The investigation is in response to a complaint filed by Sen. Josh Hawley earlier this year. Hawley submitted the complaint in February, according to a screenshot posted on the Republican senator’s Twitter account. The notice, sent by a Jefferson City law firm to his personal attorney, indicated that Hawley’s complaint had been received and an investigation into the allegations was under way.

The document also said the board has only the disciplinary powers set forth in Chapter 362 of the Revised Statutes of Missouri (which relates to professional licensure) rather than those in Chapter 29 which is specific to the state auditor position.

Galloway confirmed the investigation in a call with reporters, alleging that the complaint was a political tactic in an election year. She did not respond to the serious allegations within the complaint.

“This is not a nonpartisan board,” she said. “These members are appointed by the governor. It’s clear political retaliation for an audit that was conducted with professionalism and by-the-book.”

Hawley and Galloway have sparred publicly over the past year. Galloway, who received funding from George Soros in her previous campaign for Auditor, released an audit of Hawley’s time as Missouri’s attorney general last month, alleging a number of issues with payroll, expense reporting, and vehicle usage logs. An earlier partial audit said his actions in office “gave an appearance of impropriety.”

An investigation found no wrong-doing on Hawley’s part.

Hawley leveled similar allegations against the auditor earlier this year, criticizing her conduct during the audits and the hiring of the campaign manager for former U.S. Senator Claire McCaskill, his Democratic opponent in his 2018 race.

Hawley, a Constitutional scholar, was elected to the U.S. Senate in 2018 after serving as Missouri’s attorney general for two years. Galloway has served in her capacity since 2015 after being nominated to the position and won the Democratic nomination for Missouri governor in the August primary election.

Previous: Woman gains right to be euthanized for depression, autism
Next: Focus on the Family will share powerful pro-life event on Saturday