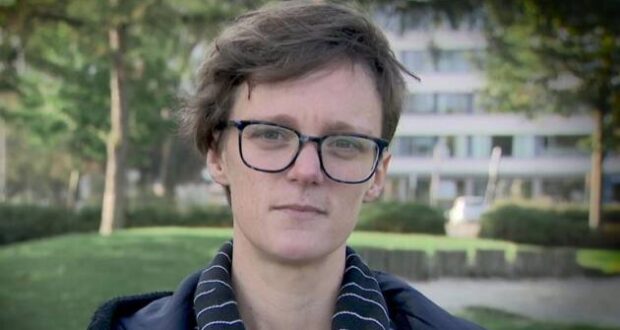 Amy de Schutter is a physically healthy woman suffering from depression and autism. She claims that the right to be euthanized saves lives after she was granted the right to assisted suicide.

“De Schutter’s plight is undoubtedly very difficult, but it deserves effective treatment, not the licensing of death for vulnerable persons. Many people suffer various types of anguish and depression, and it would be a travesty to suggest we eradicate such patients instead of their illness,” stated Dr. Daniel Frampton, SPUC Communications Officer.  “The prospect of assisted suicide, and its use as a sort of mental trick to lessen a patient’s depression, is founded on a psychology of despair and death wish.”

A Belgium physicist in her mid-thirties, De Schutter is physically healthy, but has been diagnosed with depression and says she’s on the autism spectrum, which was deemed a justifiable reason for euthanasia in Belgium.

It “felt like 10,000 kilos was just [lifted]”, De Schutter said, referring to the government’s decision to grant her euthanasia after suffering from years of “unbearable” depression. “I know I can just call my GP and we can make an appointment for my death – and from that moment, I have never talked about suicide,” she commented.

READ: Boy with autism gets encouraging word from teacher

When asked if she was now likely to call her doctor and make an appointment for her death, De Schutter replied: “At this moment, I am doing everything I can to live… but it is really difficult to know the future.”

De Schutter was a patient of psychiatrist Lieve Thienpont, who, in 2015, was accused by fellow psychiatrists in the British Medical Journal of being responsible for “probably close to 50 per cent” of all “euthanasia cases for psychiatric disorders” in Belgium.

“Death should never be encouraged as an answer to suffering and despair. By granting assisted suicide as a means of saving a life, as De Schutter claims it might do, the Belgian government has placed potentially thousands of vulnerable citizens at risk of an untimely and unnecessary death by expanding the criteria for euthanasia” Frampton stated. “It may be that De Schutter and some others find consolation in knowing that assisted death is an option. However, that relief, founded on a death wish, is nevertheless based on the idea, and indeed the fatal act itself, of ending a life rather than treating it.

“The encouragement of suicide, underwritten by the state, as a response to personal struggle and suffering will only result in its increase, as we have already seen in several countries. For example, Belgium had 2,655 deaths from euthanasia in 2019, including one child, which was an increase of 12.5% on the previous year, as reported by SPUC.”

Euthanasia was first introduced in Belgian in 2002. Currently, to qualify for euthanasia in Belgium a candidate must prove that they have “unbearable and untreatable” suffering.

Metro Voice News Note: Courtesy of SPUC. The Society for the Protection of Unborn Children is a leading pro-life organization in the United Kingdom.

Previous: Yom Kippur is an act of repentance that changes one’s life course
Next: State Board of Accountancy opens investigation of Auditor Nicole Galloway