Home / Entertainment / “The Northman” is a sweeping Norse saga 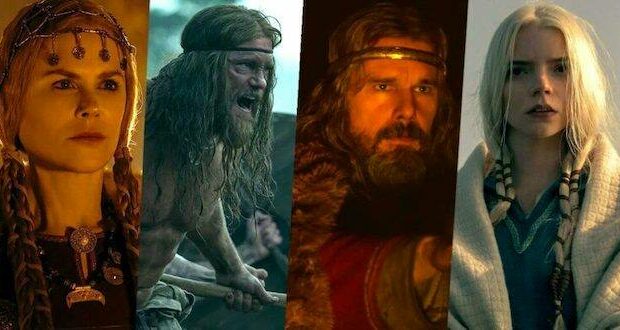 “The Northman” is a sweeping Norse saga

“The Northman” is a sprawling Viking revenge epic in the way of Terrence Malick‘s “The New World”. It is grand in its scale and beautiful its in scenery. Robert Eggers’ usual penchant for historically accurate settings/props/accents is on full display as well. Real Norse nerds will absolutely love this movie.

As I said before, the cinematography is stunning. The lands of Greenland, Russia, and Iceland are captured exquisitely on a massive scale. The gorgeous one takes are also some of the most fun I’ve had watching a film in quite a while. Then there are Eggers’ detailed faces. I’ve said this before when I watched 2019’s “The Lighthouse” for the first time; he’s nearly nailed the Bergman closeup. The fine, gritty details of every muscle and painful blink are found within some truly haunting faces.

The acting was all-around spot on. Nicole Kidman (“Being the Ricardos”) felt a little miscast, but I soon began to believe her queenly portrayal. Alexander Skarsgård (“Godzilla vs. King Kong”) is brutal and charming all at once. Though the latter half only occasionally peaks through his muddy, bloody veneer.

This could have absolutely been your drawn-out, typical revenge flick. There are many cases where a director is essentially given a blank check to do as they please; only to find some kind of bloated, incompetent mess. However, Robert Eggers seems to know his stuff. His versing in Norse mythology seems to be very well researched; giving us some truly epic moments worthy of mystic tales. I’d have to say that this blank check was money very well spent.

Previous: Getting the taxman out of your retirement — Part 1
Next: Large Methodist Church in Oklahoma disaffiliates from denomination over doctrinal issues