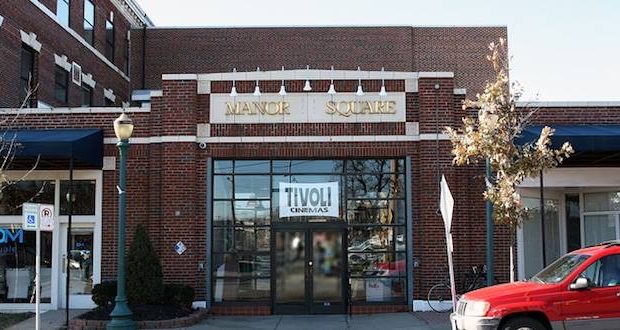 The Tivoli's former location before moving to the Nelson Atkins Museum.

The story of Kansas City’s premiere Art House cinema is, in recent memory, one of great sadness. Tivoli Cinemas closed its doors back in April of this year to much surprise as it had a steady flow of new and engaging films that the community was willing to take a chance and pay money to see. It was to my excitement, then, to learn that Tivoli Cinemas would be returning, in a sense, to its former glory.

A few weeks ago, a friend and I attended the opening ceremony and inaugural screening of The General at the new Tivoli now located in The Nelson Atkins Museum of Art Bloch Building. It was a joyous event to behold. Owner Jerry Harrington was all smiles as he and Friends of the Nelson and members of the public/press, myself included, cheered on this truly Hollywood style ending.

The man is well deserving of the honor of continuing his work as one of Kansas City’s best and brightest film curators, and it was nice to see that The Nelson’s director, Julián Zugazagoitia, agreed.

That said, the Tivoli isn’t quite the same as it used to be. The screenings are few and far between; Monday at 11:15am, Wednesday at 1pm, Friday at 7pm, and Sunday at 1pm. Not necessarily an ideal schedule for a theater playing obscure movies and, now, with the added caveat of a strange and honestly bewildering schedule.

To me, it seems that Tivoli Cinemas aren’t necessarily back, but rather Jerry Harrington is moving into a true curator’s role. The Nelson will be playing films that have already been released and it appears that Jerry has no clear path of where he wants to take the project.

You probably won’t find Bong Joon-Ho’s newest film, Parasite, or Robert Eggers’s brilliant, The Lighthouse, showing at Tivoli Cinemas anytime soon. However, what you will find is a nice selection of art house and documentary features.

Whether this is the model of theater the city needs will be hard to tell. The lack of an establishment showing good, new, art house films with a quality moviegoing experience will be missed­­, but hopefully the community rallies behind Mr. Harrington and what he’s doing at The Nelson.

For that is what this story should be all about.

Previous: Engaging the Word Together will spotlight groups sharing the Bible
Next: Leading pastors join Open Doors in prayer for persecuted church