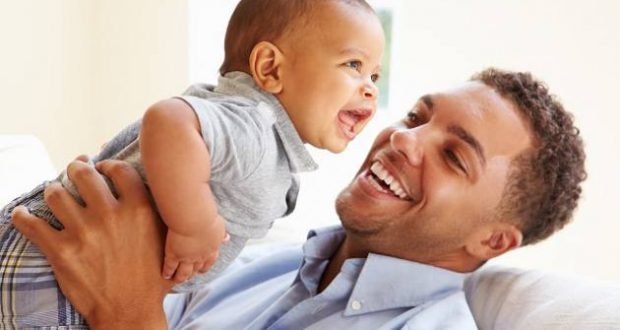 Last week Metro Voice published a story about the negative effects on society when fathers are not present in the lives of their kids. A reader responded that we should publish some good news because, said the reader, dads get “dumped” on during Father’s day for what they’re doing wrong.

Now comes some positive news that should encourage that reader and others.

A study by a team of sociologists at Ball State and Brigham Young Universities indicates that fathers today are more engaged with their kids than previous generations.

Researchers say a shift in how fathers in the United States view their roles as parents is likely the cause of dads more routinely showing up at their children’s baseball games or piano recitals, or playing a more active role in a child’s social and emotional development. The study indicated that this change in attitude has led to fathers generally being more supportive in tough times, and to provide their children with more warmth and reassurance.

This is in sharp contrast to previous generations who were fathered by dads returning home from war which often created a distance and perceived aloofness in parenting.

“We found that today’s dads spend more time, provide more care and are more loving toward their kids than ever before,” says study co-author Kevin Shafer, a BYU sociology professor, in a statement. “Most dads see themselves as playing an equally important role in helping their children as mothers do. At the same time, however, there is a group of dads who believe they are to be breadwinners, disciplinarians and nothing more.”

Previous research has shown that men generally have difficulty balancing their roles as fathers and traditional roles, but the study seemed to indicate that men are redefining such norms and opening themselves up to being more emotionally available to their children.

For the study, researchers used data from 2,194 fathers who took part in a national study on fathers of children aged two to 18. Participants were presented various statements on a dad’s role and relationship with his children — such as, “It is essential for the child’s well‐being that fathers spend time interacting and playing with their children,” and, “It is difficult for men to express warm and tender affectionate feelings toward children” — and were asked to assess how much they agreed or disagreed.

They found that men with younger children tended to engage with their kids several times a week, while those with older children were more likely to be engaged between once and several times weekly — but were keenly aware of what their kids were up to. Participants also found themselves to exhibit warmth to their children, particularly older ones, “often” to “always,” and that such behavior they viewed as characteristic of their personality.

“Fathers continue to navigate changing social expectations,” says co-author Lee Essig, a BYU graduate student. “As current social trends are pushing for men’s increased familial involvement, we see more fathers stepping up to engage more actively in their children’s lives in various ways. As we teach boys and men to be more emotionally aware and cultivate emotional well-being, these men and boys will be able to become better fathers for their children, as they will be able to provide for them not only through financial contributions, but by being emotionally and mentally present for their children and their wellbeing.”

And perhaps the strongest sign of a change in generations is that fathers of older children tended to agree that their children turn to them for emotional support.

Though there’s a popular media push to label all masculinity as “toxic” Males in our society are definitely under attack from the left for their deficiencies but rarely are lauded for the positive aspects of masculinity.

“It’s important to understand what masculinity is and is not,” Shafer said. “In some circles, when people hear terms like hegemonic or toxic masculinity, they think those are attacking all men. There are some very beneficial aspects of masculinity — being goal-oriented or being loyal, for example. However, we are talking about more problematic aspects of masculinity — like aggression, detached relationships, not showing emotion and failing to ask for help. These are negative aspects of traditional masculinity, and our research suggests it hurts families.”

The study does not address faith, but allowing men to flourish with healthy masculinity is good for families and those qualities that separate the male and female species should not be discredited, but celebrated as how God has created us.

The study is published in the Journal of Marriage and Family.