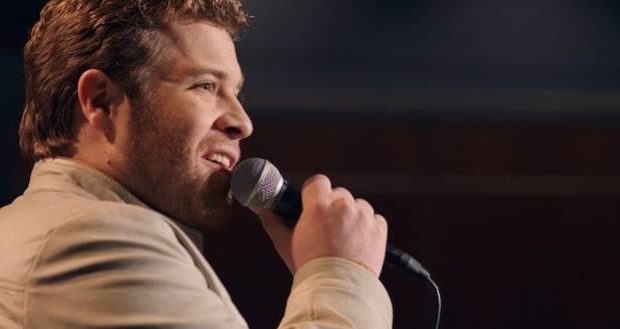 To the surprise of many, the sleeper hit of the Spring has been “I Can Only Imagine.” The film opened at #3 across the nation and has since grossed over $70 million–beating many high budget Hollywood Films.

But its lead actor might not have ever been a part if not for the loss of his brother serving in Afghanistan..

In 2008, John Michael Finley – a student at the prestigious performing arts school at Roosevelt University – came home to Lebanon, Mo. after his spring semester only to hear bad news.

Read how the film surprised Hollywood

His father told him that Roosevelt University was simply too expensive, and he’d need to finish his college education elsewhere. This news didn’t necessarily bode well for his aspirations as an actor, yet Finley took it in stride.

But only a few weeks later, he and his family were shaken by tragedy. On May 31, 2008, Finley’s 21-year-old brother, Army Specialist James M. Finley, was killed in Jalalabad City, Afghanistan, in the line of duty.

Now, 10 years after his brother’s death, Finley’s acting career looks bright. The 29-year-old has already performed on Broadway. And several weeks ago, he made his professional acting debut on film as the lead role in “I Can Only Imagine.” Also starring such notables as Dennis Quaid (“Frequency,” “The Rookie,” “The Parent Trap”) and Priscilla Shirer (“War Room”), this film is based on the life story of Mercy Me lead singer Bart Millard, who wrote the award-winning Christian song, “I Can Only Imagine,” after the death of his father to cancer.

Finley’s own mother, Betsy, died last February as the movie’s filming was coming to a close, and producers gave his family permission to debut Finley’s performance of the song, “I Can Only Imagine,” during her funeral service.

His father, Wayne, who serves as pastor of administration at Heritage Baptist Church here, said church members and Lebanon residents are eager for the movie’s release date.

“It’s exciting,” Wayne said. “Sometimes I have to pinch myself to believe that’s him. It’s kind of surreal that he’s playing that role.” But Wayne also believes that God’s hand, working amid tragedy, opened the way for his son to perform in this movie.

“In May 2008,” he recalled, “I told John when he came home from Roosevelt that there was just no way that we could keep him there. … But then, two weeks later, James was killed in Afghanistan. He didn’t have a wife or kids. So we received his life insurance benefits. So, basically, that enabled us to keep John at Roosevelt to finish his degree there in theater.”

Had tragedy not hit his family, Finley may never have finished at Roosevelt, performed on Broadway, or auditioned for “I Can Only Imagine,” Wayne said.

It’s a debt of gratitude that Finley himself has noted on theater playbills: “For my brother, SPC James Matthew Finley. Without him, I would not be here.”

To learn more about the movie, “I Can Only Imagine,” visit www.icanonlyimagine.com.

–From the MBC Pathway, Ben Hawkins