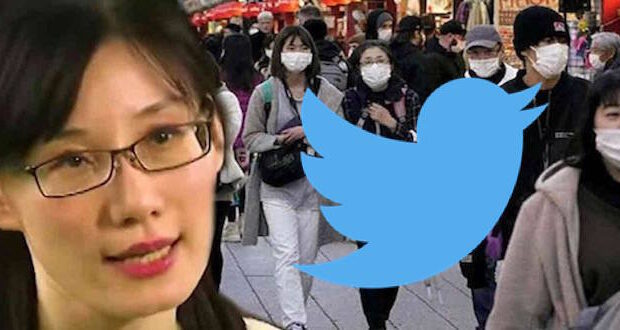 Dr. Yan Limeng is a Chinese whistleblower now being silenced by Twitter.

Twitter is under fire for suspending the account of a prominent Chinese virologist who claims she has evidence that Covid-19 was manufactured in a lab.

Dr. Yan Limeng, who fled Hong Kong to the United States in April after threats on her life, released a study on Sept. 14 claiming that the virus shows “biological characteristics that are inconsistent with a naturally occurring, zoonotic virus” and thus “should be a laboratory product.” The study has not been peer-reviewed.

Yan said that the scientific community has “kept silence and worked together with the Chinese Communist Party” to censor studies that came to similar conclusions. “They don’t want people to know the truth,” she said in a Fox interview on Tuesday. “That’s why I got suspended; I got suppression; I am the target that the Chinese Communist Party wants be [sic] disappeared.”

Some scientists have called the report “unsubstantiated;” Beijing and a high-profile laboratory in Wuhan, the city where the pandemic first broke out, have denied such assertions, which emerged as early as January in media reports.

TRAVEL WITH US: Metro Voice is taking readers to Israel

The U.S. government, citing intelligence, has said that the virus is naturally-occurring but that “there is significant evidence” suggesting the virus first leaked out of a Wuhan lab. Officials have called out Beijing for denying international researchers access to crucial data about the virus’s origins.

The Twitter ban, however, has drawn criticism from prominent China critics and the overseas Chinese dissident community, who said Twitter could be helping the communist Chinese regime censor topics not to its liking.

“A Chinese scientist is called in to investigate a deadly virus in Wuhan, finds troublesome facts, is muzzled by the CCP, flees for her life to the U.S., speaks her own truth, and then is muzzled by the ‘free’ America social media. Where’s the outrage?” he wrote in a subsequent post.

Sen. Josh Hawley (R-Mo.), commenting on the issue, said, “now Twitter is openly on the side of Beijing.”

Cai Xia, a retired Chinese professor whom the regime recently punished for remarks offending the Party, said Twitter’s decision is a matter of freedom of speech.

She also questioned why Twitter took such prompt action against Yan but ignored Cai’s repeated requests to take down accounts that impersonated her.

Han Lianchao, a Washington-based Chinese dissident, also called on Twitter to give an explanation for its decision.

“What Dr. Yan published was a scientific paper, and people who hold a different view can raise questions and arguments, but to ban her after just a few tweets, this is simply confounding,” he wrote in a tweet. He added that social media such as Twitter should “have open and transparent rules to regulate company behavior, and shouldn’t do as they please.”

Yan, a Chinese virologist who formerly worked at a World Health Organization-affiliated laboratory at the University of Hong Kong, fled to the United States seeking asylum in April. She first went public in July with accusations that the Chinese regime covered up virus data during the outbreak’s early stages.

Previous: Up to 9 more nations line up for peace with Israel
Next: New Museum of the Bible exhibits focus on health and racial healing