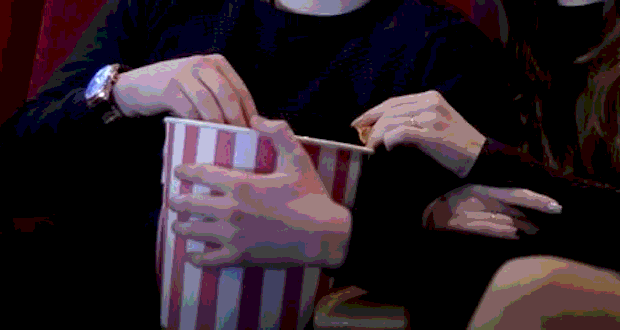 Faith-based movies performed well in 2020 despite many theaters closing because of the pandemic. For example, the film “I Still Believe” landed at No. 1 for its debut opening and brought in more than $9 million in ticket sales before theaters were shut down. That’s when it was quickly moved to online streaming providers and brought in $16.4 million in total making it the most successful films of 2020.

In 2021, fans can expect to see Christian movies being released on a grand scale. Here’s a list of 10 faith-based movies coming out in the new year.

“Redeeming Love.” Another film coming out in 2021 is the adaptation of the bestselling novel “Redeeming Love.” Produced by Roma Downey (“The Bible”) and Cindy Bond (“I Can Only Imagine”), the film is scheduled for a spring release.

“Jesus Revolution.” Lionsgate and Kingdom Story Company are teaming up to make a film about a spiritual awakening in Southern California in the early 1970s known as the Jesus Movement. According to reports, actors Jim Gaffigan and Joel Courtney have been selected to play the lead roles in the faith-based film, which will be titled “Jesus Revolution.”

“Courageous.” Another brother duo, award-winning filmmakers Alex and Stephen Kendrick, announced last year that they will be rereleasing their blockbuster film “Courageous” with new scenes and a new ending. The fourth film from Sherwood Pictures is scheduled to be released in theaters. The brothers said viewers “will get to see what happens to many of the characters 10 years later. It’s a new ending with a few surprises.”

Kendrick brothers movie The successful Christian filmmakers are also gearing up to release a new film this year, following the success of their last hit “Overcomer,” released in 2019. Alex Kendrick attended the 28th annual Movieguide Awards in early 2020 where he revealed the plans for the film but did not release the title.

“A Week Away.” Also premiering this year after being delayed is Netflix’s first original faith-based musical, “A Week Away,” which features a number of rearranged contemporary Christian music hits with the compelling story of a troubled young man whose life is transformed. The concept for the movie came from Christian singer and actor Alan Powell, who co-wrote the screenplay with Kali Bailey.

“Journey to Hell.” The bestselling classic novel by John Bunyan, “Journey to Hell,” was adapted into a film that will be released this year. Like the book, the film is about a man who goes to hell and back but in the end finds redemption. Popular faith-based director Tim Chey (“Freedom”) will direct the film. “My hope and prayer is this film scares people out of hell, not scares the hell out of people,” Chey said.

“Reckless Love.” Hollywood filmmaker DeVon Franklin and worship leader Cory Asbury are teaming up to turn the popular song “Reckless Love” into a feature film coming out this year. Based on Asbury’s difficult relationship with his father, the movie will explore how that vital relationship affected the singer’s personal view of God.

“Don’t Say My Name.” This movie is based on the true story of a human trafficking survivor who escaped her captors. “We’ll follow her (Adriana) harrowing journey of survival as she navigates the road to recovery and healing,” the film’s synopsis reads.