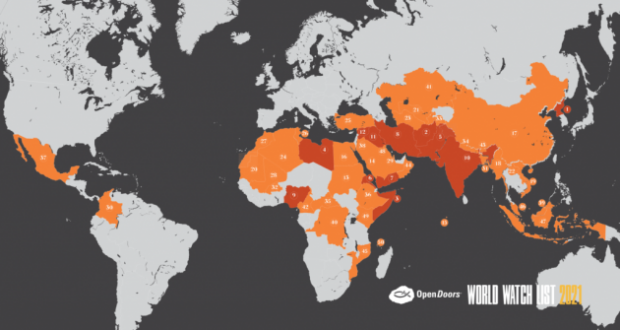 Violence, discrimination and oppression surged against the world’s Christians in 2020 according to research by Open Doors USA. Their latest report on persecution lists underlying reasons including the Covid restrictions, more and better surveillance technology, and religious strife as primary causes.

“I want to be clear. Governments and extremists are using COVID-19 as a justification to increase persecution. And as a country, we must support the values of freedom,” Open Doors CEO David Curry said today (Jan. 13) in releasing the 2021 World Watch List of religious persecution. “As free people, we must stand with those who seek freedom of conscience, the ability to decide for yourself what you believe. We have to share their stories.” 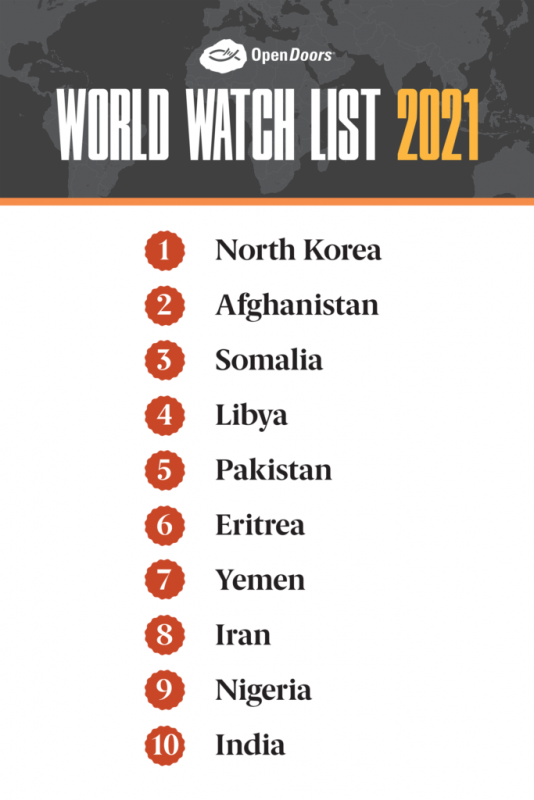 More than 340 million Christians suffer high levels of persecution and discrimination worldwide, including 309 million across the 50 nations where it is most dangerous for Christians to live, Curry said.

The number of Christians killed for their faith, nearly 4,800 in 2020, rose 60 percent over the previous year, according to the report that limits its tally to documented cases of persecution and death. Labor camps hold some 60,000 Christians for no other reasons than having Bibles or merely being suspected of Christianity.

Among pervasive trends Open Doors cited, persecutors leveraged COVID-19 to withhold food and other aid from Christians and religious minorities, to force conversions and to justify increased surveillance and censorship. Extremist attacks spread in Sub-Saharan Africa including Nigeria, Cameroon, Burkina Faso, Mali and beyond. Surveillance technology employed by the Chinese government is leading to “surveillance states” that could spread to other countries.

READ: Arrests are way of life for Indian pastors

“Churches, places of worship, even worship itself, it must remain sacred, free from discrimination, so that everyone has the freedom to think, to study, to practice the faith of their choosing, even if they choose not to have any faith at all,” Curry said. 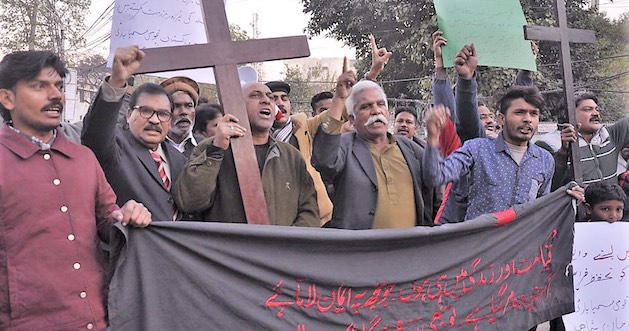 Nigeria, where daily 10 Christians are killed for their faith, moved up to nine in the rankings this year, compared to 12th in 2020. China’s emerging surveillance state moved the country up from 23rd in the 2020 ranking to number 17 this year.

“China’s war on faith, a return to government as god – the Soviet philosophy – is back. It’s not just against Christians though. We want to be clear,” Curry said. “Ethnic Muslims, religious Uyghurs, are being persecuted at a shocking and tragic rate.”

Nationalism in India, where Hinduism is considered the only religion accepted by the government, prevented 115,000 Christians from receiving aid, according to the report that ranks the country 10th. South American drug cartels, which persecute Christian leaders for decrying drug-related violence, led to Colombia’s ranking of 30 and Mexico’s 37. 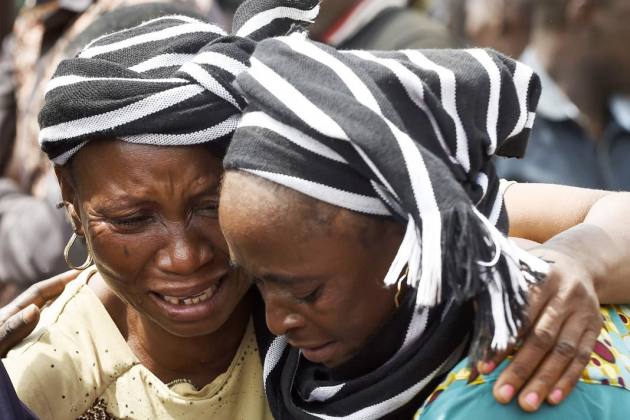 Open Doors ranks countries based on how oppression impacts life in the private, family, community, national and church realms. Intelligence is gained from Open Doors field workers and external experts to quantify and analyze persecution worldwide, according to the report.

Previous: 2021 shaping up to be good year for faith-based films
Next: Ministry brings hope to Russians like Nadia, who lost her son in terrorist attack