Home / Lifestyles / A break up IS hard to do, especially in the Facebook age 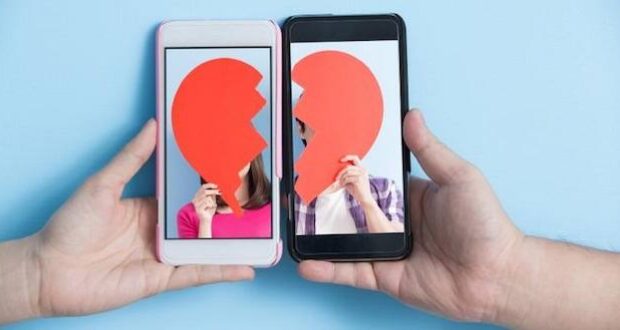 A break up IS hard to do, especially in the Facebook age

Moving on from a failed romantic relationship is rarely easy. Memories and passionate feelings don’t just disappear overnight, and many people go through a significant mourning period after a break up.

While it’s usually a bit easier for the person who ended things, it’s common for both sides of a newly extinguished relationship to feel bummed out. Technology is supposed to enrich and enhance our lives, but just like in so many other scenarios, it turns out it’s actually making modern breakups even more harrowing for countless people, a new study finds.

Imagine logging on to Facebook or Instagram and being greeted by images of your ex moving on with their life, often times with a “friend.”  Facebook’s “memories” feature can also stir up some long dormant memories by prominently displaying pictures of days past with old partners. These are just a few examples of how social media platforms make it particularly difficult in 2020 to move on with our lives, according to researchers at the University of Colorado, Boulder.

“Before social media, breakups still sucked, but it was much easier to get distance from the person,” says lead study author Anthony Pinter, a doctoral student in the UCB information science department, in a release. “It can make it almost impossible to move on if you are constantly being bombarded with reminders in different places online.”

The research team interviewed 19 participants who had “experienced something upsetting online regarding a break up” within the past 18 months. Each person was extensively interviewed for one hour. Over the course of the interviews a troubling trend emerged; even among participants who had taken every measure they were aware of to remove their exes from their social media “lives” and feeds, time and time again they reported somehow being reminded of their prior relationships online. In many cases, participants said this occurred multiple times per day.

“A lot of people make the assumption that they can just unfriend their ex or unfollow them and they are not going to have to deal with this anymore,” Pinter explains. “Our work shows this is not the case.”

One participant described how, despite “unfriending” his ex on Facebook, he logged on one day to immediately see she had changed her relationship status on the platform to “in a relationship.” The announcement appeared on his feed because one of his friends had liked the post. Another participant described the “emotional wallop” he experienced after opening up Facebook to be greeted by a picture her and her ex had taken together being displayed by Facebook’s “memories” feature.

Comments on mutual friends’ pictures and shared groups or events were a few other online corners where participants said they couldn’t help but see their ex online.

READ: Who is more likely to own a dog? Christians or Atheists?

To be fair to Facebook, the platform does offer a “Take A Break” feature that allows users in a break up to hide their ex’s activity, but Facebook only offers the feature when users officially switch their relationship status from “in a relationship” to “single.” So, many people don’t even know such a feature exists.

Moreover, other participants said that even when they’ve successfully managed to block their ex thoroughly on social media, they are still rudely reminded of their past love by seeing their ex’s friends and family as friend suggestions under Facebook’s “People You May Know.”

“Am I never going to be free of all this crap online?” One participant wondered aloud to researchers.

The algorithms used by platforms like Facebook are incredibly intricate and serve to connect us with topics and people we’re interested in online, but the research team say their findings point to a newly emerging phenomenon known as “algorithmic insensitivity.”

“Algorithms are really good at seeing patterns in clicks, likes and when things are posted, but there is a whole lot of nuance in how we interact with people socially that they haven’t been designed to pick up,” comments Assistant Professor Jed Brubaker.

All in all, if you or someone you know, recently experienced a break up and want to avoid being reminded of your ex, the study’s authors say the best course of action is to just stay offline.

–The study is published in Proceedings of the ACM (Association for Computing Machinery). 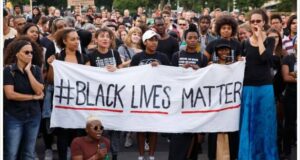 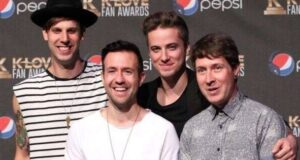