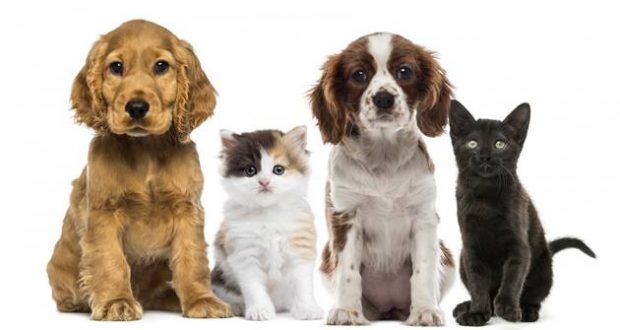 By their pets ye shall know them.

That is one of the takeaway messages from a recent study about the relationship between pet ownership and religion, first published in the “Journal for the Scientific Study of Religion” and reported.

Among Americans who said they own a pet, nearly three-quarters (74.9 percent) said they had a dog in 2018. Fewer than half (40.3 percent) identified as cat owners. The average American pet-owning household has 1.72 animals, including reptiles, fish, pigs, goats, birds, horses and small mammals.

READ: Dogs have personalities that change with age

Evangelicals, mainline Protestants, the religiously unaffiliated and members of what the study calls “other faiths” — religious people who are not Christian or Jewish — have the most pets, at nearly two per family. Catholic households, on average, have one and a half pets, while Jews (.95 pets) and black Protestants (.72 pets) average just under one pet each.

10 top benefits of having a dog

2. Keep you fit and active

What about type of animal owned by religious tradition?

VIDEO: Best ways to communicate with your pet

Dogs are the most popular household pet. In fact, there’s no religious traditi­on in which fewer than half of adherents own a dog. However, there are some interesting differences among faith groups. Evangelicals and Catholics are more likely to have dogs than are mainline Christians. Mainliners are more likely than evangelicals and black Protestants to own cats, small mammals or a bird. Those who claim no religious identity are most likely to have a cat.

The study featured a regression model that predicted how many pets were owned at each level of church attendance, while controlling for a number of factors that could affect pet ownership, such as income, geography, gender, race and education. It appears that the more someone goes to church or other religious worship service, the less likely they are to own a pet.