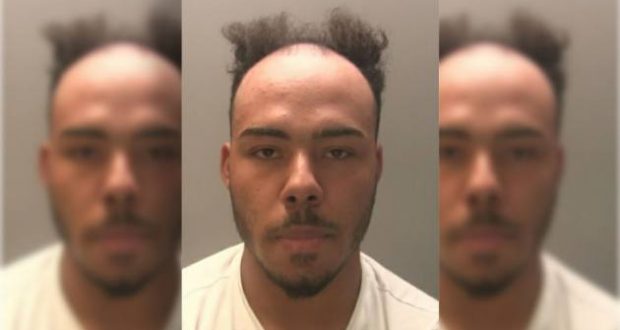 Officials in the United Kingdom issued a warning to people mocking the hairline of a wanted convicted drug dealer, saying that those who insult the fugitive on Facebook and social media could face criminal charges.

The Gwent Police Department in South Wales wrote on Facebook to appeal for information about 21-year-old Jermaine Taylor from Newport, who violated his parole. He was released from prison last year.

He was sentenced for supplying cocaine in September 2017 and received a 3-year sentence.

“We’re appealing for information to locate 21 year old Jermaine Taylor, from Newport, who has breached his licence conditions after being released from prison on 10th December 2018. Taylor received a 3 year sentence for being concerned in supplying controlled drugs (cocaine) after being sentenced at Cardiff Crown Court on 4th September 2017,” the police department wrote. “Due to the fact that Taylor, who was released on licence, breached their licence conditions they have now been recalled to prison.”

However, users mocked his hair.

“Push his release date back further than his hair line, that should teach him,” one person wrote.

Another added, “Who done his hair? Moses?”

Commented a third, “Looks like his hairline is on the run too.”

“Went into the barbers and asked for a short top and forehead, instead of short back and sides,” wrote one.

But the police issued a warning, saying people could be arrested for harassing the convicted drug offender on social media.

“Please remember that harassing, threatening and abusing people on social media can be against the law. Our advice is to be as careful on social media as you would in any other form of communication. If you say something about someone which is grossly offensive or is of an indecent, obscene or menacing character, then you could be investigated by the police,” the department commented.

Most commenters blasted the department over the warning.

“Do some proper police work instead of jumping on the liberal snowflake wagon,” wrote one person.

“I am offended by this comment and believe it’s menacing threatening to investigate me for saying words. Now what? You gotta investigate yourselves,” another said.

The post had 83,000 comments and thousands of shares about the fugitive less than a week after it was posted online.

Previous: State Auditor responsible for implementing Soros-funded redistricting, runs for Governor
Next: FROM THE CHEAP SEATS – Will there be real football in Lawrence?