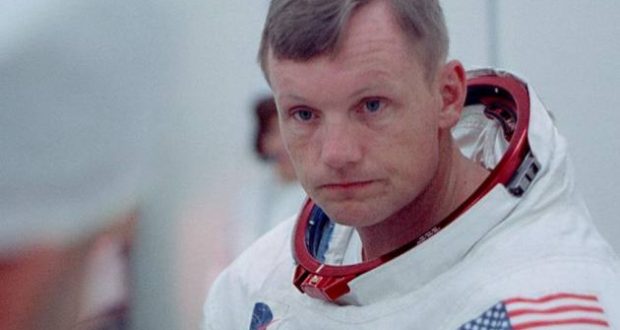 Apollo 11’s mission to the moon was among the greatest achievements in world history, but – sadly – it wasn’t captured with today’s high-definition video cameras.

Instead, we’re left only with grainy footage showing Neil Armstrong stepping on the moon and Walter Cronkite describing the action.

Then again … maybe not.

A new documentary, appropriately named Apollo 11 (Rated G), brings that 50-year-old mission to life thanks to a newly discovered batch of 65mm film and more than 11,000 hours of uncatalogued audio recordings – most of which we’ve never seen or heard.

The result is a 90-minute movie that nearly has the appearance of being filmed yesterday and makes you feel like you’re living in 1969.

READ OUR STORY ON ISRAEL GOING TO THE MOON

It’s among the best documentaries I’ve seen and – minus two moments of coarse language – is squeaky-clean for the entire family.

It was directed and edited by Todd Douglas Miller, who is best known for his work on another documentary, Dinosaur 13. He said he wanted to avoid using the footage the public already had seen.

“I’m such a fan of space films, and when we started this project, I was seeing everything again ad nauseum, so I knew what was out there,” he told the entertainment site MoveableFest.com.

Miller succeeded in his quest. For example, the iconic black-and-white film of Armstrong stepping down the ladder isn’t even in the movie. Instead, we watch a color film that was recorded inside the lunar lander by his crewmate, Buzz Aldrin.

The rest of Apollo 11 follows a similar pattern, as we enjoy never-before-broadcast footage of event after event. Instead of grainy television footage of the launch, we’re treated to an up-close 65mm footage of the rocket lifting from the pad and piercing the clouds. That alone is worth the price of admission.

The movie also succeeds because it has no narrator. We only hear the astronauts, the Mission Control workers, and, of course, Cronkite. His booming, nostalgic voice sets the tone.

“It’s three hours and 32 minutes until man begins the greatest adventure in his history,” Cronkite says at the beginning “If all goes well, Apollo 11 astronauts Armstrong, Aldrin and Collins are to lift off from pad 39A out there, on the voyage man has always dreamed about.”

At the beginning of the movie, we watch the mammoth Saturn V rocket make its way to the launchpad on the crawler-transporter. Later, we see the astronauts donning their suits and climbing into the capsule. The movie ends with the world celebrating their return.

Yet it’s the miniscule details, recorded on once-forgotten footage the day of the launch, that makes the documentary entertaining: Americans drinking coffee on the beach, lining up at concession stands, waking up in a Florida campground, and cramming together on a hotel balcony – all ready to see history being made. It happened when coffee was 5 cents, beehive hairstyles were in, and everyone wore crazy-looking glasses. (Yes, those details are in the film, too.)

Apollo 11 is a must-see film for those who lived through it and those who are just learning about it in school. It’s inspiring and educational, and it contains a few edge-of-your-seat moments you likely didn’t expect. It’s a celebration of achievement, teamwork and our shared humanity.

Whatever the reason, Apollo 11 is worth watching.

Content warnings: The film contains no violence or sexuality and two coarse words (h-ll heard in the John Stewart song Mother Country, and a muffled “d–n” by Collins from space when he says he feels “d–n good.”