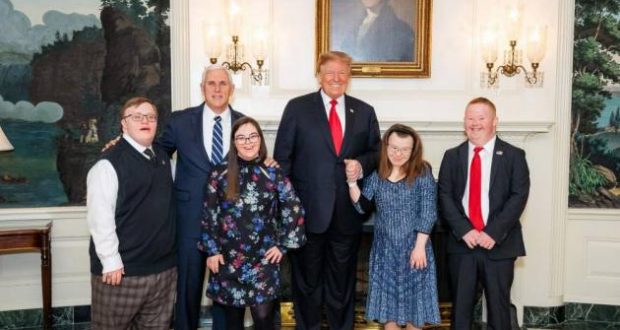 Down Syndrome Day gets special day at White House

World Down Syndrome Day doesn’t get a lot of mention in the media. Friday’s official commemoration and weekend activities, however, were elevated to a special place by President Trump and Vice President Pence who met with some individuals affected by Down syndrome at the White House.

Trump has been applauded by Down Syndrome individuals, their families and pro-life activists for providing the most support of any president in history. After the event, he immediately shared his support on Twitter. In fact, he filled his Twitter feed with photos of the event.

“Today we celebrate the lives and achievements of Americans with Down syndrome,” tweeted Trump. “@VP and I will always stand with these wonderful families, and together we will always stand for LIFE! #WorldDownSyndromeDay”

Trump has been a strong advocate for people with Down Syndrome since taking office. In 2017, he released a statement during Down syndrome Awareness Month showing his deep support.

“Sadly, there remain too many people – both in the United States and throughout the world – that still see Down syndrome as an excuse to ignore or discard human life. This sentiment is and will always be tragically misguided,” he wrote. “We must always be vigilant in defending and promoting the unique and special gifts of all citizens in need. We should not tolerate any discrimination against them, as all people have inherent dignity.”

“The approximately 250,000 Americans with Down syndrome truly embody the great spirit of our Nation.  They inspire joy, kindness, and wonder in our families, our workplaces, and our communities,” he added. “We will always endeavor to make sure that their precious gifts are never maligned or taken for granted.”

A battle over abortion has been at the forefront of the Down syndrome advocacy movement. Just recently, Utah lawmakers approved a measure to ban aborting babies born with Down syndrome. The measure is now at the desk of pro-life Gov. Gary Herbert.

“A Down syndrome diagnosis shouldn’t be a death sentence,” Pro-Life Utah said in support of the bill. “Selective abortion, for any reason, is the very definition of eugenics. History warns us that this is a very dangerous road to take. Utah needs to draw a defining line in the sand and declare loudly to the world, ‘We will not go there!'”

Across the globe, numbers of abortions for babies with Down Syndrome are alarming. In Denmark, 98 percent of the babies aborted, and in the US, at least 67 percent are aborted.

“Did you know? Of the babies diagnosed with Down syndrome:100% are aborted in Iceland, 98% are aborted in Denmark, 67% are aborted in the US,” stated Lila Rose, president of Pro-Life Group Live Action. “Our world is being stripped of love, joy & beauty. This lethal discrimination must end.#WorldDownSyndromeDay.” 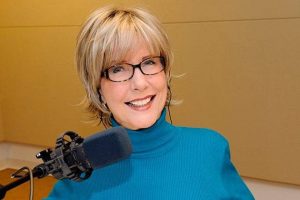 “Over 25 years ago when I served on the National Council on Disability, we responded vehemently against a report from the National Institutes on Health which listed abortion as a ‘disability prevention strategy’,” Tada said. “All 15 bi-partisan council members strongly advised the NIH to remove any reference which used abortion as a tactic in eliminating disability.”

“Each individual, no matter how significantly impaired, is an image-bearer of our Creator God. And people with Down syndrome are arguably some of the most contented and happy people on the planet. From them, we learn unconditional love and joyful acceptance of others who appear different. Now, even that is in jeopardy of being eradicated,” she added.

The drastic decline in people with Down Syndrome has caused for some from the Canadian Down Syndrome Society to request to be on the international endangered species list. The individuals have highlighted that “jobs are scarce and the community is shrinking.”

National Down Syndrome Society explains Down Syndrome occurs when an individual has a full or partial extra copy of chromosome 21 in the 23 pairs of chromosomes in their nucleus.The additional genetic material causes the characteristics associated with the syndrome.

Previous: ‘Apollo 11’ is a splendid celebration of achievement and God’s creation
Next: After Trump calls them out, GM announces $300M investment in America