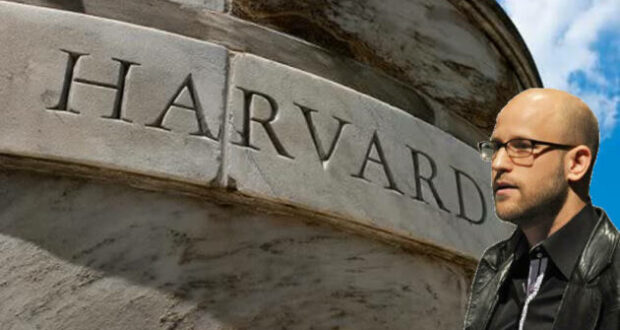 The newest president of chaplains at Harvard University doesn’t believe in God. Greg Epstein, an atheist and humanist chaplain who says he doesn’t look to God but people for answers, was elected to the presidency of the university’s organization of chaplains by more than 40 chaplains from some 20 different faith and spiritual traditions.

The new leader, who wrote “Good Without God: What a Billion Nonreligious People Do Believe,” will coordinate activities for the corps of chaplains. He has served as a humanist chaplain at Harvard since 2005.

Epstein is Jewish and a graduate of the rabbinical ordination program at something called the “International Institute for Secular Humanistic Judaism.” Reports JNS, “This minuscule and little-known school shows just a dozen alumni on its website other than Epstein.”

The news site reports that he has repeatedly illustrated radical ideas regarding not only God but also of Judaism. He has also expressed radical views concerning Israel, terrorism and the Holocaust. For example, writes JNS, “Epstein has referred to Israelis as “Jewish supremacists,” a slur cribbed from white-supremacist leader David Duke.”

Recent survey data highlighted by the “Harvard Crimson” show that a growing number of students enrolled at the Ivy League campus don’t identify with any particular faith. In 2017, some 32.4 percent of incoming freshmen identified as either atheist or agnostic. By 2019, the share of incoming freshmen who identified as either atheist or agnostic increased to 38 percent.

“There is a rising group of people who no longer identify with any religious tradition but still experience a real need for conversation and support around what it means to be a good human and live an ethical life,” said Epstein, who was raised in a Jewish household. “We don’t look to a god for answers. We are each other’s answers.”

A study from the Pew Research Center published in late 2019 showed that only 65 percent of Americans identify as Christian, a 12 percent decline over a decade earlier. The number of Americans who identify as religiously unaffiliated increased to 26 percent.

“The changes underway in the American religious landscape are broad-based,” Pew researchers reported. “The Christian share of the population is down, and religious ‘nones’ have grown across multiple demographic groups: white people, black people and Hispanics; men and women; in all regions of the country; and among college graduates and those with lower levels of educational attainment.”

Harvard was founded in 1636 by Puritans as a Seminary for training clergy to serve the “church in the wilderness.”  In 1639, the college was renamed Harvard College after clergyman John Harvard, a University of Cambridge alumnus who had willed the a considerable amount of money to purchase 400 books.