Home / Education / Homeschooling parents are ‘dangerous’ according to Harvard 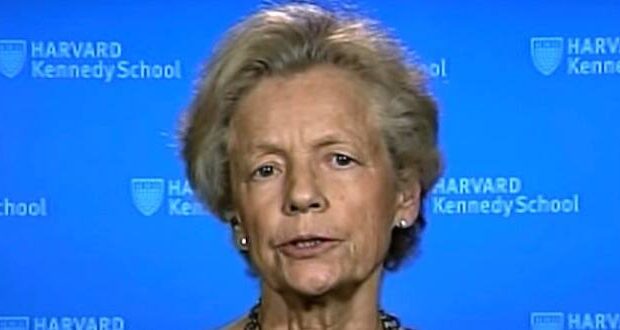 Homeschooling parents are “extreme religious ideologues” with “authoritarian control” of their children, according to an article in the May/June issue of Harvard Magazine. The piece, “The Risks of Homeschooling,” was written by Erin O’Donnell and quotes Harvard Law professor Elizabeth Bartholet. It promoted an upcoming, private “invitation only” conference at the school discussing the “dangers” of homeschooling. 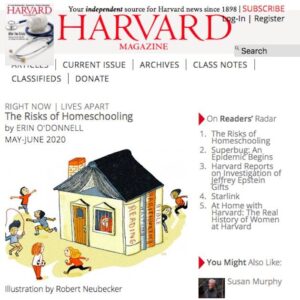 Bartholet made the assertions in an 80-page legal opinion paper for the Arizona Law Review saying homeschool parents question science and promote female subservience and white supremacy.  Children should “grow up exposed to…democratic values, ideas about nondiscrimination, and tolerance of other people’s viewpoints,” which homeschooling lacks, according to the professor.

She views the absence of regulations ensuring that homeschooled children receive a meaningful education equivalent to that required in public schools as a threat to U.S. democracy. :

“do we think parents should have 24/7, essentially authoritarian control over their children from ages zero to 18? I think that’s dangerous,” she contends.

“I think it’s always dangerous to put powerful people in charge of the powerless and to give the powerful ones total authority.”

The State Needs To Be the Ultimate Protector of Children

The views on parenting and decisions education being given to the government are not unique to Harvard or most liberal universities.

William and Mary School of Law Professor James Dwyer, has stated that “The state needs to be the ultimate guarantor of a child’s well-being … The reason parent-child relationships exist is that the state confers legal parenthood. The author believes that parents can be dangerous and they have too much power.”

McDonald, a mother of four children, responded with letter to the editor of Harvard Magazine.  She lists five scientifically researched reasons why professor Bartholet’s information is biased and wrong.

The Harvard grad goes on to defend the diversity of Americans who choose to homeschool.

“It is true that religious conservatives were key to the growth of homeschooling in the late-20th century, as the number of US homeschoolers swelled to 850,000 in 1999, McDonald writes, “About two-thirds of today’s nearly two million US homeschoolers identify as Christian (equal to the US population as a whole), but the homeschooling population is becoming increasingly diverse, both ideologically and demographically.”

The actual number defy the Harvard article which says homeschoolers are all right-wingers with huge family Bibles on their hips.

Law professors Bartholet and Dwyer fundamentally believe in the right of the State, over the rights of parents or individuals, to properly educate, protect, and raise your children.  CNN however, recently reported on the unexpected positive results of children being home with their parents during the coronavirus lockdown.  Their recent story can be found here: “Why some kids are happier right now and other unexpected effects of quarantine”