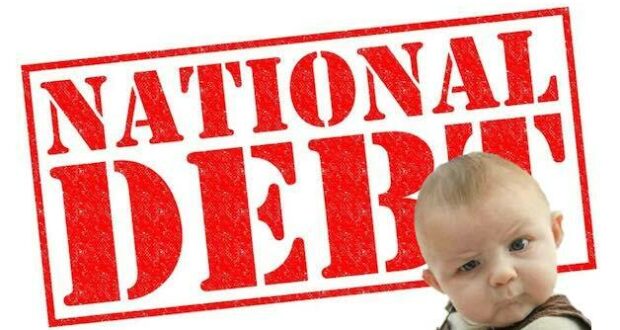 Biden announces scheme to pay off student debt, increase deficit by over $300 billion

The amount of student debt being written off equals almost half of the yearly budget for the Pentagaon. The shocking numbers came in the announcement of the student loan creditor bailout made by President Joe Biden on Wednesday. Biden said the government will pony up over $300 billion to pay off $10,000 in federal student loan debt for some borrowers and $20,000 for others.

In a memo released the day before the announcement, the Department of Education said it will cite the HEROES Act, a post-9/11 higher education law that allows his department to provide relief in response to a state of war or national emergency.

Use of that act to pay off hundreds of billions of student debt accrued since before the Pandemic drew sharp criticism from officials.

Specifically, the 2003 law states that the education secretary may “waive or modify any statutory or regulatory provisions” relating to federal student financial aid for those serving in the military during a war, or those living or working in an area affected by a disaster, or those “suffered direct economic hardship as a direct result of a war or other military operation or national emergency.”

Citing a new analysis by the Penn Wharton Budget Model, a nonpartisan group at the University of Pennsylvania’s Wharton School of Business, House Republicans contend that forgiving federal student loan debt won’t only cost $300 billion over the next decade, but also largely will benefit higher-income earners.

“Americans are already struggling under record-high inflation,” the GOP members on the House Ways and Means Committee said. “Forgiving $10,000 of student loan debt per person does nothing to bring down inflation, and will only exacerbate the rising cost of higher education rather than address it.”

Nearly 8 million borrowers may be eligible to receive relief automatically because the department already has their relevant income information, Biden said while speaking at the White House.

In addition, a freeze on student loan repayments and interest that has been in place since March 2020 will be extended for a final time to the end of this year.

The Aug. 24 announcement follows months of pressure from a vocal, progressive wing of Democrats who have called on Biden to fulfill his campaign promise. While Democrats insist that the cancellation will support Americans who struggle financially, Republicans question whether it actually helps those most in need.

In a Momentive survey conducted on behalf of CNBC, 59 percent of respondents said they are “concerned” that canceling student loan debt will “make inflation worse,” with 34 percent saying they were “very concerned” about the negative effect on the economy.

The survey, conducted online from Aug. 4 to Aug. 15 among 5,142 adults, also found that 30 percent of respondents don’t think anyone should get any student loan forgiveness, while 32 percent welcome a blanket discharge for all, and 34 percent say loans should be forgiven for those in need.

Republicans say it is a blatant attempt to purchase votes ahead of the 2022 midterms and 2024 presidential election.

Previous: Judge rules against Ben & Jerry’s in lawsuit over sales in Israel
Next: After backlash, Homeland Security disbands Disinformation Board