Home / Entertainment / Can a horror movie have a Christian theme? The Quiet Place will surprise you 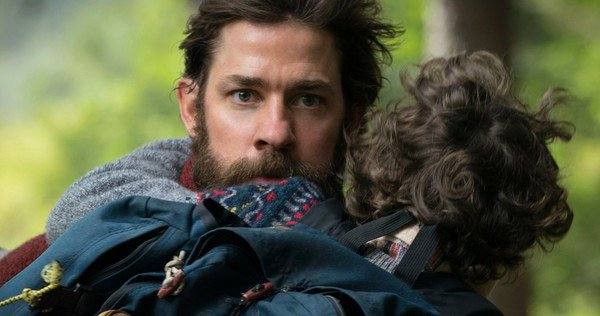 Can a horror movie have a Christian theme? The Quiet Place will surprise you

So you’ve grown up but still love the thrill of the old-fashioned horror film. It’s almost impossible to find one these days that doesn’t tear at your personal values. Horror films are like superhero movies. They’re intended to get your blood pumping and heart racing. But where do you find a film that does that without all the junk of sex, bad language, on-screen violence and other stuff that seem to ruin most movies? 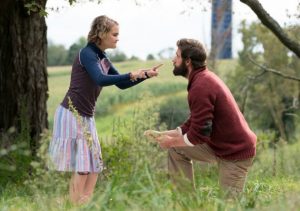 The Quiet Place uses very few words that are spoken. Here, dad and daughter have an argument in sign language.

Today many people associate Christian values in the cinema with films directed toward Christian audiences like I Can Only Imagine, God’s Not Dead 3, and Paul, Apostle of Christ. However, many of the most profound and Christian themes in the theater are found in movies that are not targeted toward Christians at all. And you can include in that group the powerful new horror thriller A Quiet Place.

In a life that’s purposely kept silent—a world perpetually underscored by nothing more than soft huffs of breeze through the tree boughs and the whispers of bare feet on sand—the slightest blunder can sound cacophonous. In this quiet place, a fumbled board game piece rings out like a gunshot. A toppled kerosene lamp roars like a detonation.

Anything above and beyond that, though, brings instant death.

This new era of enforced silence commenced a few months ago, when the ever-hearing creatures first appeared. They’re nearly indestructible in their armored, insectile form. And they’re fast as a whip crack in their vicious attacks.

The best the few human survivors can discern is that the alien things are totally blind. But they can hear more keenly than anything else known to man. A dropped object or raised voice will bring them screaming through the corn fields and forests from a mile away.

However, Lee Abbot, his wife Evelyn, and their two kids, Regan and Marcus, have managed. True, they’ve endured terrible losses. But they’ve learned to make their lives as totally and utterly quiet as is feasibly possible. They’ve insulated everything they use. They’ve poured out long trails of footstep-muffling sand. They speak only in sign language. They send long-distance messages through strings of lightbulbs and small fires on the highest points possible.

This is mankind’s new reality. And as a family, the Abbots are ready to live it for as long as necessary.

The only problem is that Evelyn is now very pregnant. And babies … aren’t exactly the quiet types.

I know what you’re thinking: a post-apocalyptic film in which people are hunted by killer aliens? What’s Christian about that?

First, this is a unique A-lister Hollywood film that according to Focus on the Family, while not  appropriate for small children, contains no bad language (none whatsoever), no sexual content (that’s right–none!) and the violence happens off-screen.

What it does show is family values. As I said, the film opens with a family in a drugstore. It turns out that they are retrieving supplies for a sick child. And from that point on we follow this family through the film.

Not since the 2009 film The Road has post-apocalyptic desolation been illumined by such deep and powerful family bonds. For starters, there is clearly a deep love shared between the father (John Krasinski) and the mother (Emily Blunt). And that love comes fully into view with an undeniable chemistry when they slow dance (with headphones) to Neil Young’s “Harvest Moon.” (Incidentally, the actors Krasinski and Blunt are married in real life.)

Then there is the bonding of the father and son on a trip to gather food as well as the welcome of a new baby under the most unthinkable of circumstances. But above all, there is a powerful moment of searing reconciliation between the father and his beloved daughter. Later, as the daughter views her father’s legacy of love laid out on a workbench, she comes to realize the depth of his love for her.

To sum up, A Quiet Place offers one of the most powerful and challenging depictions of familial love and commitment in recent cinema.

However, the most powerful moments comes when the father shows Christ-like attributes. The Christ-figure is a common literary technique in which a story draws parallels between the biblical Jesus and a protagonist in the story, most commonly in terms of the theme of reconciling sacrifice.

The moment of sacrifice comes when the father’s children are being attacked by aliens. In that instant, he makes eye contact with his daughter at which point he tells her that he loves her and that he has always loved her. This is a revelation because the daughter had long believed her father was angry with her. She now realizes that the separation she had sensed was of her own making. It turns out that her father had always loved her deeply. It is a expression of love that could be played out in millions of households today where teens are estranged from their fathers.

Here’s the bottom line. A Quiet Place is a horror thriller. Folks who enjoy that genre of film will likely enjoy it. Those who do not (like my daughter!) should probably avoid it. But the fact remains that it is a powerful tale which is consistent with Christian valuation of the family and which offers a powerful analogy of atonement in the loving father who acts as a Christ-figure in laying down his life for his children. As such, the film reminds us that God is at work not only in avowedly Christian films that are marketed to an explicitly Christian audience. Jesus can be found in many other places as well, including (as it turns out) the post-apocalyptic silence of a bucolic, alien-infested farm.

–from Focus on the Family and Randal Raiser