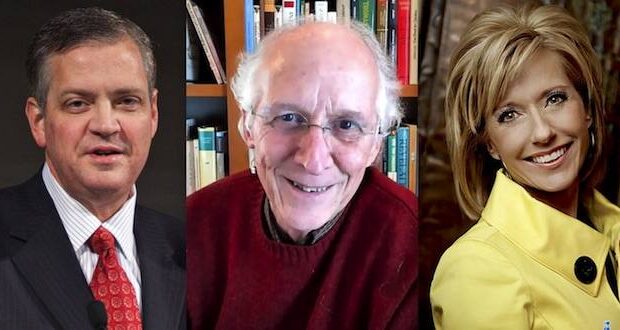 Christian leaders are reacting to comments that influential pastor and author John Piper recently made about President Trump.

“I think it is a drastic mistake to think that the deadly influences of a leader come only through his policies and not also through his person,” Piper wrote.  “Flagrant boastfulness, vulgarity, immorality and factiousness are not only self-incriminating; they are nation-corrupting.”

Although he later clarified he is not voting for either Trump or Biden, Piper said he is baffled by the fact that “so many Christians seem to be sure that they are saving human lives and freedoms by treating as minimal the destructive effects of the spreading gangrene of high-profile, high-handed, culture-shaping sin.”

“Christians communicate a falsehood to unbelievers (who are also baffled!) when we act as if policies and laws that protect life and freedom are more precious than being a certain kind of person. The church is paying dearly, and will continue to pay, for our communicating this falsehood year after year,” he wrote.

READ: Trump and Biden compared on the issues

Many have pointed out the criticism Piper brought up, concerning vulgarity and immorality, may have described the President before the 2016 election, but not since. Prominent Christian leaders have shared Trump is undergoing a Christian transformation and Trump described himself last week as a non-denominational Christian.

Mohler, president of Southern Baptist Theological Seminary in Louisville, Ky., and a leading spokesman for Southern Baptists, published a lengthy essay Oct. 26 explaining why he voted for Trump. 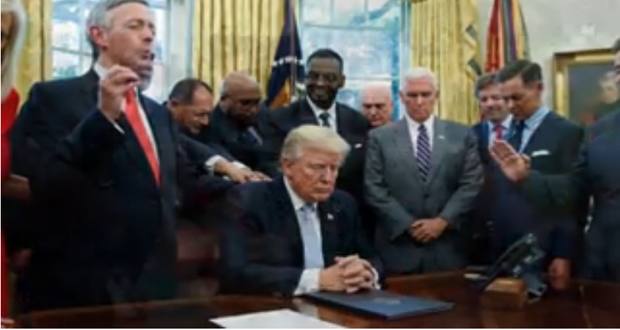 Faith leaders gather in the Oval Office to pray for President Donald Trump.

Mohler offered up a strong and well-reasoned defense of Trump, while acknowledging he doesn’t like the president’s personality and wouldn’t choose him for a neighbor. “In terms of presidential action, Donald Trump has been the most effective and consequential pro-life president of the modern age,” he wrote. “Furthermore, in both executive actions and court appointments, President Trump has gone far beyond what would have been politically necessary to secure his base. He has staked his place in history and has defied the accommodationist temptation and has given pro-life Americans more than any other president.”

But this election isn’t just about Trump and Biden, Mohler wrote. “Both candidates are over age 70. That makes the vice presidency all the more important. I do not have to blink in deciding between the prospect of a President Mike Pence versus a President Kamala Harris.”

“Re: John Piper. The article yesterday came from the same John Piper I met 20+ years ago. 100% consistent. And if you want a preacher who will only preach what doesn’t offend you, you need to find one who doesn’t preach the Scriptures. There’s plenty out there. Knock yourself out.”

Author Joel Richardson said that although he loves Piper, “abortion is not merely one of many equally relevant factors in this coming election. To equate @POTUS’ sins with the societally acceptable wholesale slaughter of the single most innocent little lambs that this world has to offer is straight up-bull,” he wrote.

Best-selling author and pastor Sam Storms says sin is most often hidden, alluding that Joe Biden or other candidates that appear moral might no necessarily be so.

“Here is what I want to say about John’s article on the importance of character in a candidate, or in the average man or woman. Bad character, destructive character, does not always manifest itself in bombastic speech and overt arrogance,” Storms says.  “Moral deficiencies in a person are, sadly, often hidden, but not for that reason any less destructive both personally and nationally. A person can be soft-spoken, courteous, and guarded in their speech while at the same time be as wicked and dangerous as the loud-mouthed jerk.”

Storms says the choice says more about our nation than the candidates themselves.

“I’m not equipped or wise enough to know which is worse for a nation: an overtly prideful, lustful, vulgar, profane Narcissist, or a quiet and gentlemanly advocate of abortion, homosexuality, who would suppress religious liberties and promote socialist economic policies. Both are evil. And does it not say something about the wretched condition of our country that such men are the best that the United States of America can put forth as candidates for President??