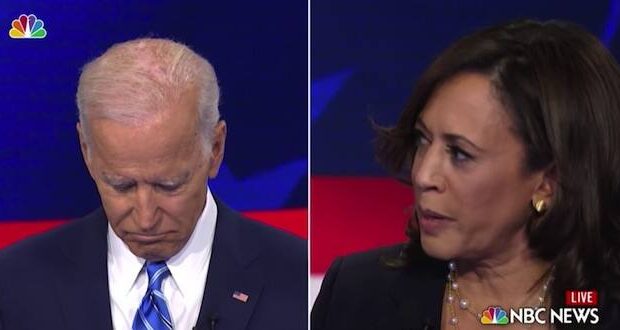 Kamala Harris, whom Joe Biden selected as his running mate, has a long history of supporting abortion, pro-life leaders say. Harris has faced criticism from pro-life advocates over her ties to abortion giant Planned Parenthood and her prosecution of pro-life activist and citizen journalist David Daleiden of the Center of Medical Progres.

“Kamala Harris is an extremist who supports abortion on demand through birth, paid for by taxpayers, and even infanticide — an agenda rejected by the overwhelming majority of Americans, including millions of Independents and rank-and-file Democrats,” Marjorie Dannenfelser, president of the Susan B. Anthony List, said in a statement. “As attorney general of California, Harris conspired with the abortion industry to launch a politically motivated shakedown of brave citizen journalists who exposed Planned Parenthood’s role in the harvest and sale of aborted baby parts for profit.”

Dannenfelser, who led the 2016 Trump campaign’s pro-life coalition, is not surprised that Biden chose an abortion “extremist” as his running mate.

“If elected, they will immediately begin rolling back President Trump’s pro-life gains, as well as longstanding policies like the Hyde Amendment,” she said. “They will stack the Supreme Court with pro-abortion ideologues, setting the pro-life cause back for generations. Together, Biden and Harris constitute the most pro-abortion presidential ticket in American history.”

Brian Burch, the President of CatholicVote, a national faith-based advocacy organization, said in a statement that Biden’s selection of Harris “made it clear that his self-styled ‘Catholic identity’ is something which can be cast aside whenever it’s politically expedient.”

“Like Joe Biden himself, Kamala Harris favors radical abortion policies including late-term abortion paid for by taxpayers, as well as forcing Catholic religious orders like the Little Sisters of the Poor to provide abortion drugs in their healthcare plans,” Burch said.