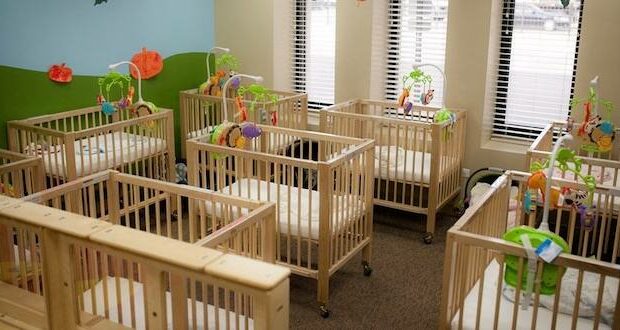 As the government steadily assumes responsibility for services previously provided by the private sector, small businesses shutter. It is hard for enterprising individuals to compete with widespread, “free” (i.e., taxpayer-funded) government offerings like daycare.

The latest example of this is in Chicago, where the city’s universal public pre-K program is destroying private child care businesses–many of which are owned by women and people of color. An in-depth Chicago Tribune article this week, details the struggle that many small daycares are confronting as the city’s government preschool program expands. “Private child care owners say universal pre-K leaves many families with little choice where to send their children to preschool because cost becomes the determining factor of choosing CPS instead of private preschool, even if the private program better fits a family’s needs,” the Tribune reports.

Steven Coles, owner of Lil’ Scholars Learning Center in the greater Chicago area, told the Tribune that parents are “almost forced” to enroll their children in the government preschool programs because it doesn’t cost them anything, even though the quality may be inferior or it may not be the best environment for the child.

When it comes to the expanded role of government over education and its consequences, past is prologue. In his book Schooled to Order, historian David Nasaw explains that as government schooling became compulsory in Massachusetts beginning in 1852, the number of private schools in the state dropped from 1,308 in 1840 to only 350 by 1880.

As more private daycares close with the expansion of government preschool programs, the shortage of child care providers will widen and costs will increase. Many daycare centers rely on income from preschoolers to off-set the costs of infant and toddler care. Without those preschoolers, the centers are in danger of closing, leaving parents scrambling for early childhood care. “If private centers continue to close because of the financial strain of losing preschool children, Chicago could be at risk of developing an ‘infant and toddler child care desert,’” a child care provider and advocate told the Tribune.

After reading my recent article about the problems with government preschool ahead of my debate on the topic on C-SPAN’s Washington Journal show, a reader emailed me. “I work in early childhood and this would mean an end to all of the independent, privately owned, and individually purposed schools that exist today,” wrote Bob Harrison. “It would make all preschools part of a bureaucratic program with required content,” he added.

While some private programs will survive government encroachment, the death of small daycares in Chicago should be our latest reminder that when the government steps in to help, it often harms.

Like this story? Click here to sign up for the LiberatED newsletter and get education news and analysis like this from Senior Education Fellow Kerry McDonald in your inbox every week. Also, if you missed her hour-long appearance on C-SPAN’s Washington Journal show talking about President Biden’s proposed universal government preschool plan, here is the replay link.

Previous: Nike cut Olympic athlete’s funding 70% when they learned she was pregnant
Next: 500 Nigerian students kidnapped by Islamists in last month