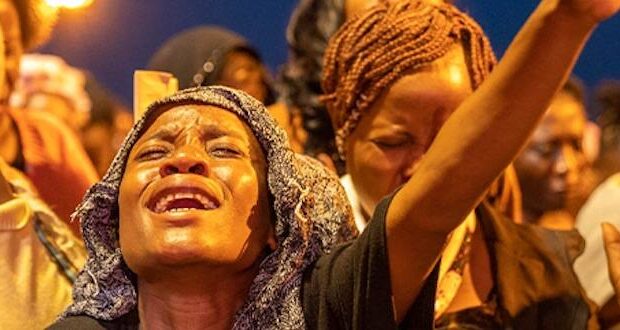 When Reinhard Bonnke moved his family to the tiny Kingdom of Lesotho on the southern tip of Africa in 1967, he often struggled with small evangelistic meetings and meager results. Today, more than 50-years later, the ministry he founded in 1974, Christ for All Nations has officially recorded more than 80-million documented salvations in some of the largest and most fruitful evangelistic campaigns in history.

The organization continues to pioneer mass-evangelism in Africa and beyond and to equip the church to fulfill Christ’s Great Commission. With offices in countries around the globe, Christ for All Nations (CfaN) produces written, musical, and video content that can be found online and seen daily on TV stations around the world.

Bonnke passed away a year ago, having transferred responsibility for the movement to his successor, Daniel Kolenda over 11 years ago. But he would not be at all surprised by the continued success of the organization, which this year alone conducted over a thousand outreaches, including 6 massive Gospel Crusades (five of which were conducted simultaneously), and recorded more than 733,855 professions of faith – and this in the midst of a global pandemic!

READ: African tribe dances for joy at getting Bible translation

You can almost hear him cheering from Heaven along with the great cloud of witnesses written about in Hebrews 11. There has been no greater champion for the Gospel and its supernatural power to heal bodies, mend relationships, and save a broken humanity than Evangelist Bonnke. And it is in that legacy in which CfaN leaders say they continue to thrive.

Crossing the almost unimaginable threshold of 80 + million decisions for Christ came on the heels of a vision that CfaN President and Lead Evangelist, Daniel Kolenda has turned into a practical strategy. Believing that God told him that as many souls would be won in the next 10 years as had come to Christ over the previous 50, Kolenda sensed that the “Decade of Double Harvest” would become a reality, not through addition, but through multiplication.

As a result, Kolenda poured CfaN’s energies into training a new generation of evangelists through, first, a 5-day School of Evangelism, and then, a more in-depth, 6-month Evangelism Bootcamp. Now, graduates from those programs are out in the harvest fields working as a team, multiplying CfaN’s efforts around the world.

Christ for All Nations crusade.

This multiplication has taken many forms, but one of the most visible is the ‘Operation Decapolis’ Great Gospel Campaigns. “Decapolis” is a Greek word for a ten-city region. Accordingly, Evangelist Kolenda decided that, rather than holding a single, area-wide Great Gospel Campaign as CfaN has done for many years, they would embrace a new challenge – to hold ten simultaneous campaigns across ten cities in a single nation. The first of these was held in November 2020 in Tanzania and it was during this unprecedented, multi-city event that the 80-millionth decision card was submitted for follow-up by a local church.

The ‘Operation Decapolis’ Campaign was so successful that CfaN plans to hold two more in 2021, and four more in 2022. If the trend continues, observers say God will not only fulfill the vision of a “Decade of Double Harvest,” He will surpass it!

To learn more about how you can get involved with world-wide evangelism, visit cfan.org.

Tagged with: bonkke cfan Christ for all nations