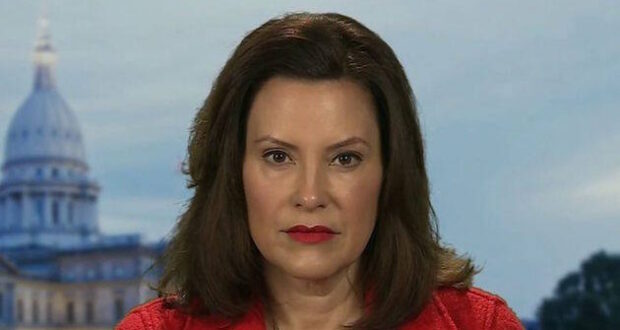 In a ruling that could set a precedent for other states, the Supreme Court in Michigan has dealt a blow to the states Democrat governor and “emergency powers” law restricting businesses, churches and other day-to-day activity.

Gretchen Whitmer, a Democrat, has repeatedly used the 1945 law to extend her “state of emergency” over the past several months to respond to the COVID-19 pandemic. She did so outside the bounds of the legislature.

The Friday ruling declared unconstitutional the Emergency Powers of the Governor Act, the law that allows the Michigan governor to continue to declare a state of emergency, maintaining them without legislative approval.

Most recently, on Sept. 29, Whitmer extended the state of emergency until Oct. 27. Her order is the basis for restrictions in the state regarding business operations, gathering sizes, mask mandates, and more.

In an opinion, the majority of the court wrote, “We conclude that the Governor lacked the authority to declare a ‘state of emergency’ or a ‘state of disaster’ under the EMA [1976 Emergency Management Act (pdf)] after April 30, 2020, on the basis of the COVID-19 pandemic.”

April 30 marked the last day that the Republican-controlled state legislature authorized Whitmer to declare a state of emergency.

They added, “Furthermore, we conclude that the EPGA [1945 Emergency Powers of Governor Act (pdf)] is in violation of the Constitution of our state because it purports to delegate to the executive branch the legislative powers of the state government—including its plenary police powers—and to allow the exercise of such powers indefinitely.

“As a consequence, the EPGA cannot continue to provide a basis for the Governor to exercise emergency powers.”

“The Supreme Court ruled today in agreement with the legislature that the 1945 law is unconstitutional. The governor had no right to extend the state of emergency over the Legislature’s objection. Our Constitution matters, and this was a big win for our democratic process,” he announced on Twitter.

“We will now continue our partnership with our governor. We will work through this challenge as our Constitution requires and as we always have in times past—together.”

The court’s decision comes on the same day that a group called “Unlock Michigan” submitted more than 539,000 signatures in a petition that sought to repeal the 1945 law.

Yvette Clark, a county coordinator for the effort, told mlive.com that people who signed “are sick and tired of [Whitmer’s] draconian, communistic agenda.”

Whitmer said in a statement following the ruling that her orders remain in effect for at least 21 days, which appears to be referring to a 21-day period in which the governor can seek a rehearing from the state’s high court.

“Today’s Supreme Court ruling, handed down by a narrow majority of Republican justices, is deeply disappointing, and I vehemently disagree with the court’s interpretation of the Michigan Constitution,” Whitmer said in her statement on Friday.

“Right now, every state and the federal government have some form of declared emergency. With this decision, Michigan will become the sole outlier at a time when the Upper Peninsula is experiencing rates of COVID infection not seen in our state since April,” she contended.

She added, “It is important to note that this ruling does not take effect for at least 21 days, and until then, my emergency declaration and orders retain the force of law.

“Furthermore, after 21 days, many of the responsive measures I have put in place to control the spread of the virus will continue under alternative sources of authority that were not at issue in today’s ruling,”

The unemployment rate in Michigan remains extremely high, as it does in other states with lockdowns and severe restrictions, while states that have opened have rapidly declining unemployment.