Home / Entertainment / Netflix stocks tumble: is the boycott to blame? 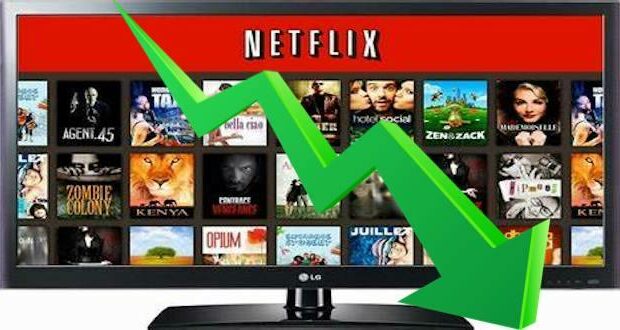 Netflix stock value is plunging after the company missed its targets for new customers and an ongoing boycott slows growth.

The streaming service announced Tuesday it only added 3.98 million subscribers in the first quarter of 2021, missing Wall Street’s estimate of 6.29 million and its own hefty forecast of 6 million.

For the second quarter of 2021, the streaming giant is predicting only 1 million new subscribers. That’s 75% less than the 4.44 million analysts had projected.

The news comes as customers continue to leave the service, in part because of an ongoing boycott over what a sexually explicit movie built around teen and pre-teen girls last summer. That may have led customers to be lured to other services.

WE NEED YOU: Donate $1 now to reader-supported Metro Voice.

This boycott campaign came to a head when Senator Ted Cruz last summer asked the Justice Department to look into whether the company and the movie’s makers violated federal child pornography laws. The Senator made this request after #CancelNetflix became one of the top Twitter trends, and a Change.org petition asking people to cancel their subscriptions to the service received over 660,000 signatures. At the time, Netflix cancellations jumped 800%.

The boycott comes though, as Netflix has attempted to ramp up its faith-based options, even overtly Christian movies.

All of these factors could make for a difficult year for the company which has warned for six months that its growth would continue to slow from its high in the spring of  2020 at the height of lockdowns. It added 15.8 million new customers in that period but as lockdowns eased and the boycott gained steam, it was only able to add 4.95 million new customers in the last several quarters.

Even with buzz around new shows, the company continues to warn of losing subscribers. The pandemic has also caused a slowdown in production of new shows and delays on current filming. It was only able to adhere to a release schedule this year because many of the shows had finished filming pre-pandemic. Now there’s a shortage of new programing possibly leading viewers to look elsewhere.

In addition, Netflix is facing competition from Disney+, HBO Max and Apple TV+ to newer entrants like Discovery+ and Paramount+. Some are less expensive than Netflix, which raised its U.S. prices in October upsetting many long-time subscribers.

Markets reacted negatively to the news on Wednesday with stock falling as much as 13 percent after earnings and subscriber numbers were announced. But it also shows a longer-term problem,. The company’s stocks had risen just 1.6% so far this year.

As for the boycott, Netflix is still struggling to convince many subscribers to return as the number signing the petition grows.

Previous: The Chauvin-Floyd trial and the pursuit of justice
Next: Missouri health director Williams resigns