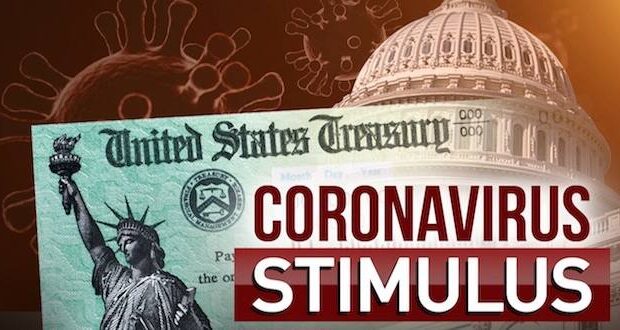 Discussions on the next stimulus relief effort will bring Treasury Secretary Steven Mnuchin and White House chief of staff Mark Meadows to Capitol Hill on Tuesday.

Mnuchin said the next round of stimulus will focus on having children return to schools and workers heading back to their jobs, as well as developing a vaccine to curb the spread of coronavirus.

Republicans are planning to spend “another trillion dollars” in the next measure, Mnuchin told reporters at a meeting on Monday, contrasting with proposals from congressional Democrats, who have urged the passage of the so-called HEROES Act that counts a whopping $3 trillion in spending.

Any package should focus on “kids and jobs and vaccines,” Mnuchin said.

Republicans are pushing back against the Democrat HEROES Act that includes:

“We’ll have tax credits for PPE, for safe work environments, and we’re going to have big incentives, money to the states for education, for schools that can open safely and do education,” the Treasury Secretary added, referring to the Payment Protection Program that was established under the CARES Act passed in March.

Lawmakers and the White House are also working to fix the forthcoming exhaustion of the $600-per-week unemployment boost, which ends in late July. Mnuchin said lawmakers are trying to come up with a “technical fix” for the program. Economist say the earlier boost actually kept workers from returning to jobs once they were opened.

“We’re going to make sure that we don’t pay people more money to stay home than go to work,” Mnuchin said.

Lawmakers face several barriers in reaching a deal, including unemployment insurance, who should receive direct payments, liability protections for businesses in the midst of the CCP virus epidemic, and whether state or local governments should receive aid.

In May, the House passed the HEROES Act, although Senate Majority Leader Mitch McConnell (R-Ky.) and other Republicans said it would never pass the upper chamber. The act, in addition to cash payments to people, included a wish list of liberal items.

Senate Minority Leader Chuck Schumer (D-N.Y.) said in a letter to Senate Democrats on Monday that he expects the GOP proposal on unemployment insurance to have problems.

“Unfortunately, by all accounts the Senate Republicans are drafting legislation that comes up short in a number of vital areas, such as extending unemployment benefits or funding for rental assistance, hazard premium pay for frontline workers, or investments in communities of color being ravaged by the virus, and many other necessary provisions,” he wrote.

Mnuchin, meanwhile, told CNBC last week that the administration supports a second round of stimulus payments, although he did not say how much they would be worth. The previous payments under the CARES Act were worth up to $1,200.