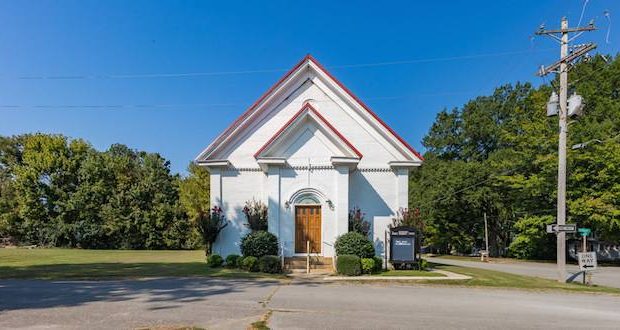 The federal Paycheck Protection Program (PPP) saved 665,000 jobs for churches and ministries, according to data.

The PPP was part of the Coronavirus Aid, Relief, and Economic Security (CARES) Act passed signed by President Trump in March to help struggling businesses make payroll as the country reels from the effects of COVID-19. It also marked the first time the U.S. government sought financial protection for clergy and ministry workers as part of a stimulus package.

The Small Business Administration released the list, which revealed that at least 11,500 Christian organizations received loans of $150,000 or more. Willow Creek Church in Chicago received one of the highest loans of more than $5 million that kept 353 jobs, while Life Church in Edmond, Okla., received the same amount and preserved 451 jobs. The program allowed companies with 500 employees or fewer to request up to two-and-a-half months of payroll expenses. The average amount churches received was between $150,000 and $300,00 and kept around 60 jobs each.

The SBA compiled the list with a keyword search of church, Christian, Catholic, and diocese. More than 7,000 recipients that received $150,000 or more included the word “church” in their name. For those churches that included denominations in their names, Catholic and Baptist congregations received the most funds because they are the two largest church organizations. More than 2,000 Catholic churches and 1,000 Baptist churches were beneficiaries.

Although churches do not have to repay the stimulus loans, many people criticized churches for taking government money.

“I believe the decision to apply for and receive PPP funds is one of the most important issues the church will face in this decade,” said Jon Costas former mayor of Valparaiso, Ind., and now pastor at Calvary Church. “It will set a precedent for the future and may, in time, hinder the mission of the church when the strings attached to government funds are not consistent with scripture. It will impact how the unchurched view us, and how our own members respond to our spiritual leadership.”

Others point out that in most communities, churches remain the largest non-government participant in the safety net. Without churches and ministries serving poor and at-risk individuals they say, the burden would shift to local, state and federal agencies. Each year, churchgoers tithe $50 billion to their church, much of which is re-invested back into social programs for their communities.

Previous: History lesson: The Great Depression, the foundation for the socialist takeover
Next: Summit Christian Academy is ‘inspiring excellence in learning’