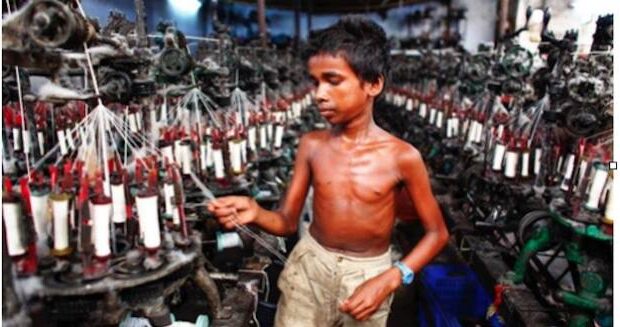 A child working in a garment factory. Photo: EcoChildsPlay.com

That is the term U.S. Secretary of State Mike Pompeo used on July 16 when speaking about China to television anchor Bill Hemmer on his Fox News show.

The polite phrase is “forced labor.” America’s top diplomat, however, was dropping the diplomacy and employing America’s most powerful weapon: Unvarnished truth.

The unvarnished — and horrific — truth is that the Chinese party-state has institutionalized slavery, ramped it up to industrial scale, and offered slaves to foreign companies. Moreover, compounding its crime, China picks its slaves from racial minority groups inside its borders. 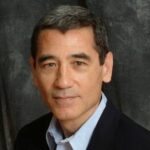 The secretary of state’s words came at the same time as the administration criticized the American business community. Attorney General William Barr excoriated U.S. companies in both his late-June interview with Fox Business’s Maria Bartiromo and his blistering speech of July 16 at the Gerald Ford Presidential Museum. The administration’s fundamental contention is that companies enjoying the protection of the U.S. should uphold U.S. values.

Unfortunately, some U.S. companies do not, instead accepting any Chinese labor practice so long as it results in low wages. Pompeo, in comments on July 10 to Ben Domenech of The Federalist, had two other terms for what was going on in China: “trafficking in persons” and “modern human slavery.”

“We hope,” the secretary of state said to Domenech, “that businesses that are often talking about the social good that they want to do—whether these are sneaker manufacturers or other companies who are out on the frontlines fighting for social justice—we think they have to take a serious look at the true risk of human rights, and where that’s growing from and make sure their supply chains are compliant.”

Secretary Pompeo did not in The Federalist interview name malefactors, but there is one sneaker manufacturer that invariably comes to mind when foul labor practices in China are the topic. In March, the non-partisan Australian Strategic Policy Institute, in a report titled “Uyghurs for Sale,” accused Beijing of forcing more than 80,000 Uyghurs and other Muslim minorities to produce products for Nike and 82 other brands.

Many of the laborers had been transported in “dedicated trains” to locations outside the Uyghur homeland, which Beijing calls the “Xinjiang Uygur Autonomous Region” or XUAR.

The report’s accusations against Nike are damning. “A factory in eastern China that manufacturers shoes for U.S. company Nike is equipped with watchtowers, barbed-wire fences, and police guard boxes,” it noted.

That factory, in Laixi in Shandong province, is operated by the South Korean-owned Qingdao Taekwang Shoes Co., which employs about 700 Uyghur workers, many of them women. There, people have been kept against their will in inhumane conditions. This facility, a Nike supplier for more than three decades, produces approximately eight million pairs of shoes each year. It is one of the brand’s largest sources of shoes and devotes most of its output to the iconic U.S. company.

The company, in an undated website posting titled “Nike Statement on Xinjiang,” has issued across-the-board denials. Nike maintains the Taekwang factory “stopped hiring employees from XUAR to its Qingdao facility and it has confirmed that it no longer has employees from XUAR.” Moreover, Nike tells us that Taekwang maintains that all “employees,” as it euphemistically called its forced laborers, “had the ability to end or extend their contracts at any time.”

A Washington Post investigation in March, however, shows Uyghur and other women were still at that factory and, according to local residents, did not arrive freely. A report from February shows they are not permitted to return home. Nike states that its suppliers are “strictly prohibited from using any type of prison, forced, bonded, or indentured labor,” but those suppliers were clearly doing so then.

Section 307 of the Tariff Act of 1930 prohibits the importation into the United States of products made by “forced or indentured labor.”

President Obama to his credit in February 2016 signed the Trade Facilitation and Trade Enforcement Act of 2015 and thereby removed the “consumptive demand” exemption from Section 307. The exemption, which allowed importation of goods produced with forced labor if they were not made “in such quantities in the United States as to meet the consumptive demands of the United States,” was almost as large as the rule itself and effectively gutted the forced-labor prohibition. Unfortunately, his administration did not then vigorously enforce the law against, among others, Nike.

American and other brands, before and after the amendment of Section 307, have been adept at avoiding enforcement. In addition to other tactics, they obtain certifications from inspection companies, which conduct “audits” of working conditions at suppliers.

The audits of Chinese suppliers are almost always phony. Buyers of goods, when asking for prices of China-made products, can be quoted two prices: one for goods with inspections and the other for goods without. The spread between the two prices, a long-time buyer of Chinese-made products told Gatestone, roughly approximates the cost of bribes for “inspectors.”

U.S. law provides that products made with forced or slave labor can be seized, but those made in horrific conditions in China and elsewhere routinely are cleared through Customs and end up on the shelves of American retailers.

That official laxity is coming to an end. “There have also been credible reports that the PRC government has facilitated the mass transfer of Uyghurs and others from Xinjiang to factories across China, including under conditions of forced or involuntary labor,” states the “Xinjiang Supply Chain Business Advisory” issued July 1 by the State, Treasury, Commerce, and Homeland Security departments. The statement puts companies on notice that the abuse of Uyghurs, ethnic Kazakh and Kyrgyz people, and other Muslim minorities will no longer be tolerated.

U.S. Customs and Border Protection asks the public for tips about “merchandise produced by forced labor.” Those with information can get in contact with any port director or CBP itself. There is a link here where anyone can provide such a lead.

So here is a question for CBP and all those who might want to file a tip: How can Nike shoes made in a factory surrounded by walls, barbed-wire and watch towers, and where the workers, many from a racial minority, are not allowed to leave, not be made with slave or “forced labor”?

“We all need to decide our moral responsibilities as Americans and what we stand for,” Jonathan Bass, CEO of Los Angeles-based PTM Images and an onshoring advocate, told Gatestone. “We do not stand for slave labor. We in fact fought a war on our own soil to end it.”

–Gordon Chang is the author of The Coming Collapse of China, a Gatestone Institute Distinguished Senior Fellow, and member of its Advisory Board. His writings on China and North Korea have appeared in The New York Times, The Wall Street Journal, the Far Eastern Economic Review, the International Herald Tribune, The Weekly Standard, and the South China Morning Post. Reprinted from the GatestoneInstitute with permission.