Home / Entertainment / Pentecost from Jerusalem to be broadcast around the world May 29, 30 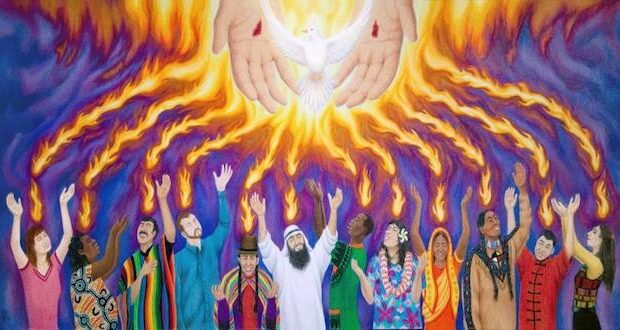 The holiday of Pentecost, or Shavuot in Hebrew, commemorates the giving of the Torah to Jews and for Christians, the descent of the Holy Spirit on the followers of Yeshua – Jesus – in Jerusalem.

A special television program on Friday and Saturday nights will offer encouragement, celebrate Pentecost, declare God’s faithfulness, bless Israel and build the faith of believers everywhere. “Night of Promise” is being produced by CBN and will feature a number of Christian leaders and performers.

With Israel facing economic hardship and 25 percent unemployment due to the COVID-19 pandemic at this Pentecost season, or Shavuot as it’s known in Israel, the event will feature an effort to rally medical supplies and humanitarian aid for the Holy Land. The program will raise money to benefit organizations ministering in Israel, to stand with Israel when they need help the most. Operation Blessing is the designated humanitarian organization that will receive and then distribute funds to those entities in Israel.

The extended webcast, featuring many additional guests not on the televised portion, will stream directly following the televised broadcast on

“On the day of Pentecost all the Lord’s followers were together in one place. Suddenly there was a noise from Heaven like the sound of a mighty wind! It filled the house where they were meeting. Then they saw what looked like fiery tongues moving in all directions, and a tongue came and settled on each person there. The Holy Spirit took control of everyone, and they began speaking whatever languages the Spirit let them speak. Many religious Jews from every country in the world were living in Jerusalem. And when they heard this noise, a crowd gathered. But they were surprised, because they were hearing everything in their own languages.

“They were excited and amazed, and said: ‘Don’t all these who are speaking come from Galilee? Then why do we hear them speaking our very own languages? Some of us are from Parthia, Media, and Elam. Others are from Mesopotamia, Judea, Cappadocia, Pontus, Asia, Phrygia, Pamphylia, Egypt, parts of Libya near Cyrene, Rome, Crete, and Arabia. Some of us were born Jews, and others of us have chosen to be Jews. Yet we all hear them using our own languages to tell the wonderful things God has done’.”

The program also is designed to encourage Christians around the world that God is faithful. It’s a reminder for Christians to come together as one, just as the Jewish believers did on that first Pentecost. It will be a time of blessing and encouragement as believers unite in faith, praying for an outpouring of God’s Spirit in our nation, in Israel, and around the world.

“Two thousand years ago, the Holy Spirit was poured out on the church. The times were difficult then also, but in the midst of the upheaval, God did incredible work,” said Jonathan Bernis.

“Our goal in creating this Night of Promise is to unite Jewish and Christian leaders in faith to encourage followers during this difficult time and to believe for an outpouring of God’s Spirit in our nation, in Israel, and around the world,” said Gordon Robertson.

“Night of Promise,” hosted by Messianic leader Jonathan Bernis and CBN President Gordon Robertson, will be presented from 7 p.m. to 9 p.m. on Friday across all CBN platforms and rebroadcast at the same time on Saturday.