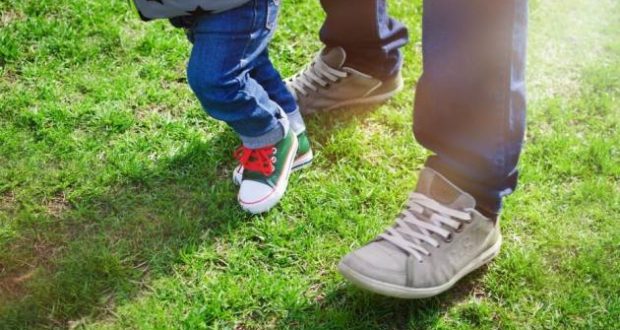 The third Sunday in June is observed each year in the United States as Father’s Day. The origins of this national event are not clear. Some records suggest the act of honoring fathers took place as a church service some 100 years ago in Fairmont, West Virginia. Whether this is true or not, the impulse to honor fathers is a worthy one and it comes with the biblical admonition to honor our fathers and mothers.

In the Bible it is Abraham who is counted as the father of faith and he is revered in Judaism, Islam and Christianity. The word “faith” is an important component to remember because it means trust in God – being able to rely on that which is dependable. Abraham trusted God’s assurance that his children would become a great nation. The promise came at a point when he and his wife, Sarah, were elderly and childless. And yet Abraham believed that God could do what was foretold to him. He went forward in confidence that God could accomplish, through him, a benefit for all of the world.

Joseph of Galilee is an exemplary father in the Bible. He married Mary, despite the unusual circumstances of her pregnancy. He dared to be unconventional because he trusted that God was working through her and him. He was a righteous man who dared to take on the roles of husband and foster father. And as refugees from danger, after the birth of Jesus in Bethlehem, it is clear that he protected his family by going beyond what was familiar to find a safe haven. We can learn much about fatherhood from Joseph.

Another father that captures the imagination is a man called Jairus. We read about him in the Gospels of Mark, Matthew and Luke. He was a man of importance whose daughter was dying and he came to Jesus, fell at his feet and begged Jesus to help his child. The actions of Jairus revealed his character. He trusted that God could help and it didn’t matter that he had wealth and prestige. He humbled himself for the sake of his daughter.

A final father from the Bible that is impressive is the one who had two sons, one of whom went astray. This is, of course, the story told by Jesus of the prodigal son. The father in the parable teaches his two sons powerful lessons of love: the one who went astray who discovered that his father’s care came to him even when he had run away from it and the other who struggled to understand such extravagant love in the face of his brother’s failures and his own fidelity. The father in the story, like God, never gave up on either of his children.

On Father’s Day let us remember that we have been given a heritage of dedication and faithfulness from the fathers we encounter in the Bible and from those fathers who exemplify the best qualities of parenting.

Previous: Sunburn-causing melanoma avoided with sunscreen
Next: Dispelling the myths about fatherhood