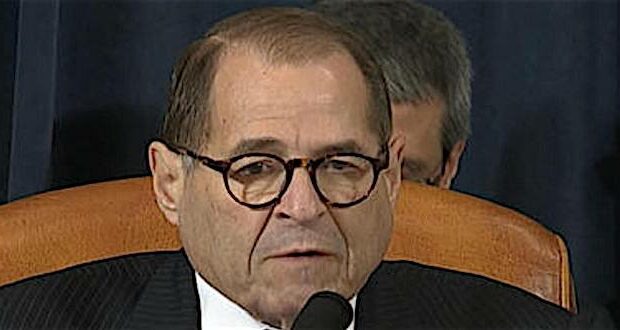 “God’s will is no concern of this Congress,” Rep. Jerry Nadler, R-N.Y., recently told a colleague during debate over the Equality Act.

Rep. Greg Steube, R-Fla., said in his remarks on the House floor that the Equality Act is in opposition to scripture.

“The gender confusion that exists in our culture today is a clear rejection of God’s good design,” he said. “Whenever a nation’s laws no longer reflect the standards of God, that nation is in rebellion against him and will inevitably bear the consequences. And I think we are seeing the consequences of rejecting God in our country today. This bill speaks directly against what is laid out in scripture.”

The Equality Act passed in the House by a vote of 224-206 with only three Republicans — Reps. Tom Reed and John Katko, both of New York, and Brian Fitzpatrick of Pennsylvania — joining Democrats in voting for the measure.

Among the most contested aspects of the bill is the enshrinement of sexual orientation and gender identity as categories in civil rights law. The bill is an update of the 1964 Civil Rights Act that is considered by many to be the legislative legacy of Dr. Martin Luther King Jr.

“It’s not clothing or personal style that offends God, but rather, the use of one’s appearance to act out or take on a sexual identity different from the one biologically assigned by God at birth,” Steube said.

According to the Coalition for Jewish Values, a group of approximately 1,500 traditional Orthodox rabbis, the New York congressman has “forgotten the Constitution.”

“The Founding Fathers required Congress avoid infringing upon the free exercise of religion, meaning it must be sensitive to what every religious tradition describes as G-d’s will,” said CJV President Rabbi Pesach Lerner in a statement, according to PJ Media.

Since Democrats won back the House in 2018, Nadler has presided over swearing-in ceremonies in which he has omitted God from the oath.