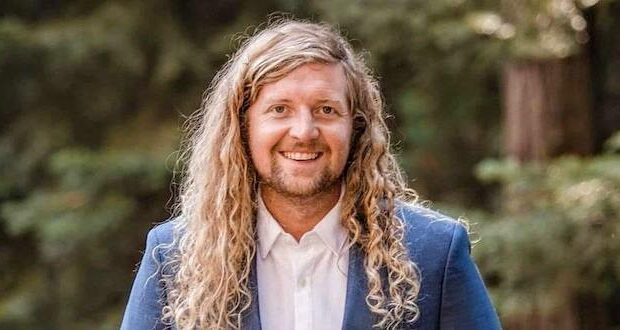 Worship leader Sean Feucht is encouraging Christians to draw a line in the sand against the Equality Act, which passed the U.S. House last week and now moves to the Senate for debate.

“The Equality Act is absolutely horrifying, and it will do great damage to the church, to faith-based organizations, to Frist Amendment rights and to religious liberties,” he said in a YouTube video. “Joe Biden was running on the fact that LGBTQ rights were going to be one of his big deals. We have seen it already in his first few weeks in office. I feel in my spirit like this is the beginning of the targeting of the church by this administration. This is just the beginning. They are not stopping here.”

The bill passed the House 224-206 along a mostly party-line vote, with three Republicans joining 221 Democrats in support. All 206 no votes came from Republicans. Although the House previously passed the bill in 2019, Thursday’s passage marked the first time it had passed with Democrats in control of the House, the Senate and the White House, which gives it a legitimate possibility of becoming law.

President Biden applauded the bill’s passage. “Transgender rights are human rights, and the House made that clear today by passing the Equality Act,” he tweeted. “Now it’s time for the Senate to do the same.”

The bill would amend the Civil Rights Act of 1964 by adding “sexual orientation” and “gender identity” to the list of protected classes for public places, education and employment. It guarantees that individuals cannot be denied access “to a shared facility, including a restroom, a locker room and a dressing room, that is in accordance with the individual’s gender identity.” It would force schools to allow biological boys who identify as girls to play on girls’ teams.

It would also affect religious organizations, including churches, in issues of hiring and volunteers.

The bill explicitly forbids individuals from using the Religious Freedom Restoration Act of 1993 to sue based on claims within the Equality Act. That 1993 law, signed by President Clinton, prevents the government from “substantially burdening a person’s exercise of religion.”

Feucht said there is a massive void of leaders who are speaking the truth of the gospel.

“One of the main reasons why I engaged in the political sphere was because of the issues of family, the unborn and the church taking a stand for righteousness,” he said. “The Lord has given me three ways we can respond.”

“I believe we have a mandate as salt and light, which means we need to invade every sphere of culture,” Feucht said.

Feucht’s newest worship album was banned last week from the download service TuneCore. It was scheduled to be released March 3.