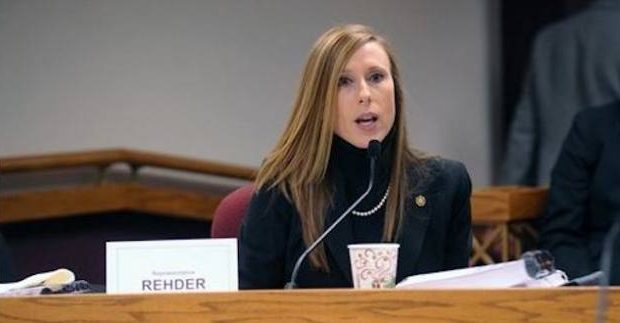 Modernizing Missouri’s current HIV laws is a top priority for lawmakers of both parties as the 2020 legislative session gets under way in Jefferson City.

Missouri’s current law has felony-level penalties if an HIV-positive person cannot prove that they disclosed their HIV status before engaging in sexual activity.

In fact, Missouri statute mandates a person who is knowingly infected with HIV not act in a “reckless” way that could expose another person to HIV without his or her knowledge. If prosecuted , violations could result in a Class A or B felony, depending on if another individual contracted HIV.

Many say that the wording of the statute actually deters people from finding out his or her status and seeking appropriate treatment, thus increasing the risk of exposure to others. The poorly-worded statute also implies an HIV diagnosis is equivalent to a death sentence. While may have been the case 40 years ago,  today’s advancement in medicine and treatment is saving lives.

Supporters of Rehder’s legislation want to see the laws change so there no longer is an incentive to not get tested for HIV. They say current law treats HIV as a crime. Rep. Tracy McCreery, D-Olivette, who has filed her own version of the bill, said it is essential to modernize the laws.

“It’s a matter of life and death, and it’s one of those issues that affects both rural and urban, suburban Missouri,” she said. “And that’s why we’re working together.”

The Rehder and McCreery bills both would eliminate HIV-specific language in state law.

A coalition of groups including Empower Missouri, the Missouri HIV Justice Coalition and the AIDS Project of the Ozarks support the legislation.

Cale Mitchell, executive director of Spectrum Healthcare, said the state’s current laws are medically inaccurate. “Diagnosis of a chronic illness should not be punitive, and that’s what we have seen historically with the HIV laws that are in place,” she said.

Of the top 220 counties in the United States that are at risk of rapid dissemination of HIV infection among those who inject drugs, 13 are in Missouri, according to Empower Missouri. All 13 of are south of Interstate 70” Bates, Cedar, Crawford, Hickory, Iron, Madison, Ozark, Reynolds, Ripley, St. Francois, Washington, Wayne and Wright.

There were roughly 13,000 people living with HIV in Missouri in 2018, according to the Department of Health and Human Services. Missouri has also been categorized as one of seven states in the U.S. with a rural HIV epidemic.

“HIV is no longer a death sentence if you’re being treated,” Rehder said.

Previous: A new series to begin at Topeka Performing Arts Center
Next: Study on pets finds Evangelical Christians and Catholics more likely to own a dog