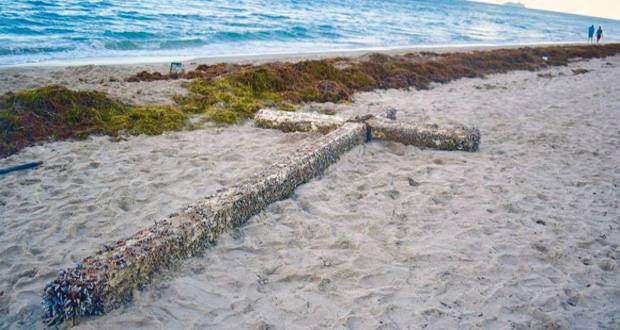 It’s made out of wood, it’s huge — about 20 feet long — and it’s covered with barnacles. The cross that appeared on the coast near a beachfront hotel in Fort Lauderdale, Florida, earlier this month, was found by a man named Greg Gay, who was on vacation in the area.

When he saw it floating in the water, he didn’t hesitate to get in and try to bring it to shore, with the help of other people.

“I couldn’t believe that it was washing up on our feet right in front of us. I felt really heavenly about it … It was a moment in time. Had we been 10 minutes before or 10 minutes later, we wouldn’t have seen it,” said Greg to WSVN. 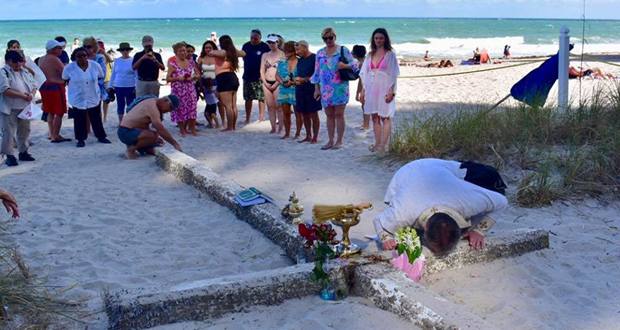 Images of the cross didn’t take long to go viral, and the object has become an authentic tourist attraction. Since it was pulled out of the water, the mystery of how a cross of these dimensions arrived at that location has been the subject of much debate.

Comments on the resort’s Facebook post about the cross range from the mundane—such as theorizing that it’s actually a ship’s mast—to the apocalyptic—proposing that it’s a sign of the end times. Various people have laid claim to the cross, saying it was swept away from their property near the beach in one storm or another; other people focus more on whether or not the timing and location of its appearance is somehow providential—a sign of protection, or of something else.

But among the most credible theories that seek to give an answer to this mystery is the possibility that this cross — lost in the sea for a long time — may have belonged to a church in Puerto Rico, which was hit by Hurricane Maria in September of 2017.

Whatever its origin, this enormous cross has become the object of much conversation and amazement. A priest has even gone to the site to bless it. 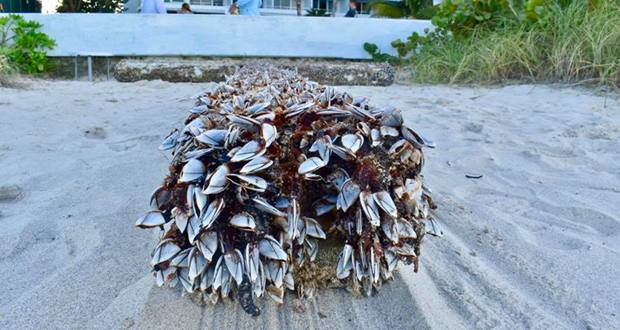 Will the Supreme Court protect this 40-foot veteran’s cross?