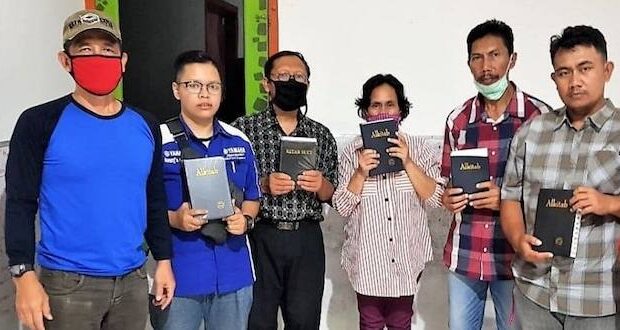 The story of Hamid: A hardline Muslim finds Christ

“Show me the straight path,” Hamid* continually prayed in Arabic.

Hamid and his family came from a fanatical Islamic background in Banten, West Java. They were also deeply involved in occultism. They belonged to a hard-line Muslim group bent on strictly enforcing Islamic law in Indonesia. One time, the group asked Hamid to beat Muslims who failed to pray five times a day as required by Islamic law.

Disillusionment with the religion of Islam started to creep into the hearts of Hamid and his family. They realized that their faith did not really teach about true love. Instead, it instructed that everyone who was deemed an infidel should be attacked, even killed. Their group loathed Christians, whom they considered infidels.

The hatred that filled Hamid’s life actually brought to it a haunting emptiness. He had no peace. He yearned for something to fill the gnawing void but could not find it, even after praying repeatedly. He sensed a profound disquiet growing inside him.

A few months ago, Hamid traveled to Salatiga, Central Java, some 300+ miles from Banten, to visit a friend. While there, he met Pastor Budi. Seeking enlightenment for his confused state of mind, Hamid asked the pastor about the occult. Pastor Budi was formerly a student in the discipleship program of Indonesian missionary Joyo* and decided to introduce Hamid to him. 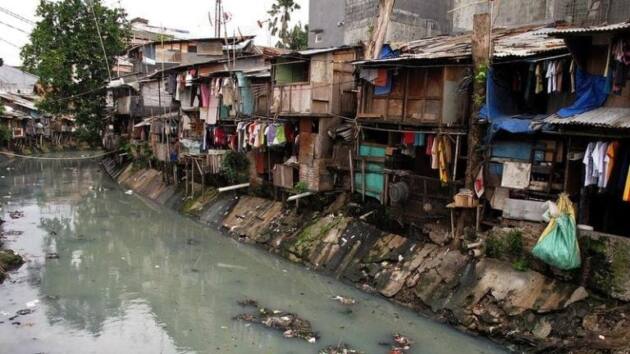 The waterways, and poverty in Jakarta, Indonesia. World Bank.

Joyo has been used by the Lord on many occasions to minister to Muslims in search of the truth. He welcomed Hamid’s various questions, including comparisons of religions and occult issues. Using God’s Word, Joyo answered them. He explained as clearly as he could to the perplexed Muslim who Jesus is — the one and only Lord and Savior, “the way and the truth and the life” (John 14:6).

After listening to scriptural truths expounded by Joyo in two intensive meetings, Hamid finally told him, “I want to accept Jesus as my personal Lord and Savior.” Joyo gladly led Hamid, together with the seeker’s wife, in the sinner’s prayer.

Hamid further said, “Please pray for me. I want to be set free from my ties to the occult.” Joyo prayed for Hamid’s deliverance from the bondage of occultism.

Soon after becoming a Christian, Hamid invited his whole family, including his pregnant daughter-in-law, to follow the Lord Jesus. About two weeks after Hamid’s conversion, Joyo led everyone in Hamid’s family to the Lord.

Upon learning of Hamid and his family’s conversion, the Muslim community in Banten expelled them all.

Hamid and his family of 14 members now live in Salatiga in a small house that they rent for $100 a month. His daughter-in-law is due to give birth soon.

The family is facing some tough times financially. Because of the ongoing COVID-19 crisis, jobs are hard to obtain. Hamid and his son are contractual construction workers. The other family members are struggling to find gainful employment as well.

In spite of the challenging times his family is facing, Hamid conveyed to Joyo, “Pak Joyo, I will continue to follow the Lord Jesus even though being a Christian is hard and risky. What is most important is I have found the right path that I had been looking for. He is Jesus Christ, the Lord, and Savior! I believe He would help me and my family according to His promise in Matthew 11:28–30 and Philippians 4:13.”

After Hamid and his wife accepted Christ, Joyo gave them an Indonesian-Javanese Bible. Thankful to receive their own copy, Hamid expressed, “I am going to share the Word of God with my friends who are unbelievers.”

Donations to ANM’s Bible fund make it possible for missionaries like Joyo to provide Bibles to those who otherwise would be hard-pressed to have them. At the same time, such offerings allow donors to participate in transforming lives for the glory of God.

One donor who recently gave towards the purchase of Indonesian Bibles wrote to ANM co-founder Bo Barredo, “Brother Bo, when I received your call and the pictures you sent me of the Bibles and their distribution [during this pandemic], I was moved to tears … all I could do was weep and praise our Lord Jesus for how He is working. Thank you for helping us play a part in this ministry by giving to the Bible fund.”