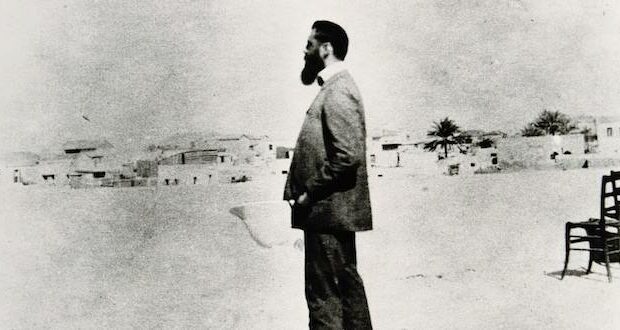 Theodor Herzl in Judea circa 1898.

As the nation of Israel commemorates its 75th anniversary this year, it remembers the vision of Theodor Herzl. The refined Jewish gentleman living in Europe saw a growing hatred of Jews in the late 1800s and feared the prejudice would never end. That’s when he realized God’s chosen people needed a safer place to live and sought to take them back to their sacred homeland.

“Imagine where the Jewish people were 125 years ago — broken, lost, wandering, homeless,” he said, “And this guy with piercing black eyes and a beautiful black beard and a real sense of dignity, says, ‘We are a people. We have ties to a particular homeland and a right to establish a state on that homeland. Zionism! We’re going to return to Zion.’”

Herzl, a journalist and a playwright, wrote of a strong, confident new breed of people establishing this homeland. Troy read a passage from Herzl’s writings: “The idea must wing its way into the most remote, miserable holes where our people dwell. They will awaken from their gloomy torpor. Then, activated, a generation of marvelous Jews will spring into existence.” 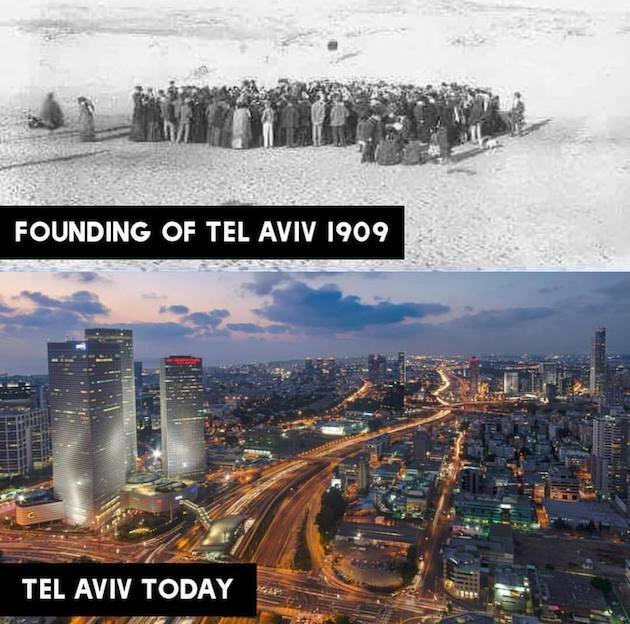 Herzl lobbied world leaders and assembled Jews from all over to Basel, Switzerland, for the first World Zionist Congress. That set off a powerful Zionist movement and led to a prophecy.

“And indeed 50 years later the United Nations, on November 29,1947, voted to recognize that Zionist idea: that the Jews are a people, they have ties to a particular homeland and a right to establish a state on that homeland,” Troy said. “A year later, so 51 years later, May 1948, Israel was established. So he really was a prophet.”

Although Herzl died at the young age of 44 in 1904, his influence helped lead to the 1917 Balfour Declaration, which endorsed the idea of a national home for the Jewish people in Palestine. Herzl’s dream was well on its way to fruition.

“He’d always believed if one pushed hard enough, a dream — an idea — could become a reality,” Troy said. “ He wrote that this particular dream of a Jewish return to Zion must be made real. It is as old as our people, which has never, even in times of direst misery, ceased to cherish it. The Jewish state is something the world needs, and consequently, it will come into being. And it has.”