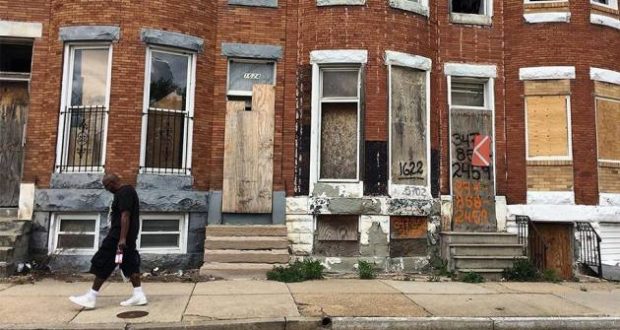 Democrats are being criticized for creating a race incident where none exists after President Donald Trump criticized the living conditions and crime in Baltimore. The district, which has some of the highest crime and poverty rates in the nation, is represented by Rep. Elijah Cummings, (D). Trump was responding to Cummings after the congressman misrepresented conditions in detention facilities along the southern border.

Aides and allies of Trump spoke out over the weekend to defend his criticisms of Cummings and the handling of his Maryland congressional district, which the president earlier described as a “disgusting, rat and rodent infested mess.”

At the same time, Trump amplified his disapproval of Cummings and doubled down on his comments that he did a “very poor job” in Baltimore, as he turned his criticisms toward House Speaker Nancy Pelosi (D-Calif.) and the handling of her own district in San Francisco.

Baltimore remains one of the most dangerous cities in America with some of the highest poverty rates of any major American cities. The city has been represented in Congress and controlled by Democrats for decades. 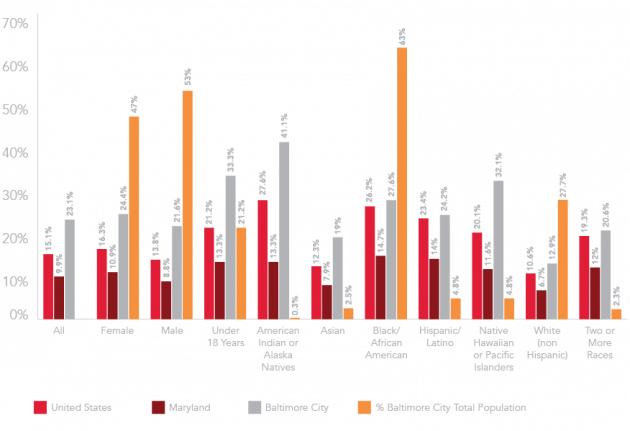 Acting White House Chief of Staff Mick Mulvaney said in an interview on “Fox News Sunday” that Trump’s description of Cummings’s district contained no racial connotations. The president’s description prompted criticism from some members of the Democratic Party, who claimed it was a racist attack.

“I think it has absolutely zero to do with race,” Mulvaney told the network. He said the president “was right” to raise the issue.

Trump isn’t the first elected official to make the comments though he may be the first to have to defend them. President Barack Obama made almost the same comments while President when addressing crime rates and Senator Bernie Sanders has also echoed comments in the past about crime, poverty and cleanliness of the city having described it as a “third world country.” Obama and Sanders had joined a chorus of observers who have commented on Baltimore’s extremely poor living conditions for the cities poor and marginalized. Trump’s comments were only the latest.

Mulvaney said Trump’s tweets were a response to Cummings’s criticism of the conditions at the border, which he said were “not accurate.” Trump himself also called Cummings a racist.

“Mr. Cummings has not been to the border in recent memory, certainly not during this administration,” Mulvaney said.

A tour of an Immigration and Customs Enforcement detention center in Adelanto, California, revealed a very different picture than the one painted by critics of a miserable and poorly run facility after Fox News was given rare access to tour the area with cameras.

Trump’s personal attorney, former New York City Mayor Rudy Giuliani, questioned why Cummings hadn’t been focusing on the conditions of his own district, which he has represented since 1996.

“How long has Cummings represented this district and done nothing about it?” Giuliani said on Twitter. “It reminds me of the Dems who represented Harlem for years and became wealthy while Harlem declined? It took a Republican mayor to turn it around.”

Republican strategist Kimberly Klacik also pointed out the apparent hypocrisy of Cummings’s comments, calling his purported concern for the border situation “laughable,” in an interview with Fox News on July 27. She also noted that “a lot of people said he hasn’t even been [to his own district] in a while.”

Cummings last week claimed that his constituents are scared of the president. Klacik told the network that she visited the district to ask people if that’s true.

“And as I go in and I start talking to people, I realized just what the living conditions are, for not just for the residents, but even the children there and what they’ve been playing around,” Klacik said. “There’s abandoned rowhomes filled with trash, homeless addicts, empty needles that they have used, and it’s really right next door. So it’s attracting rodents, cockroaches, you name it.”

“I didn’t find anyone that said they were afraid of Trump,” Klacik said. “But I did find out that there are many people that are actually on board with Trump’s immigration policies.”

In a string of Twitter posts on July 28, Trump said Cummings is all talk and no action, as he made a broader attack against the Democratic Party for often using race to attack opponents.

“Someone please explain to Nancy Pelosi, who was recently called racist by those in her own party, that there is nothing wrong with bringing out the very obvious fact that Congressman Elijah Cummings has done a very poor job for his district and the City of Baltimore,” he wrote.

“Just take a look, the facts speak far louder than words!” he continued. “The Democrats always play the Race Card, when in fact they have done so little for our Nation’s great African American people. Now, lowest unemployment in U.S. history, and only getting better. Elijah Cummings has failed badly!”

Cummings, who is chairman of the House Oversight Committee, has called Trump a racist and defended himself, saying it’s his “moral duty to fight for my constituents” on July 27.