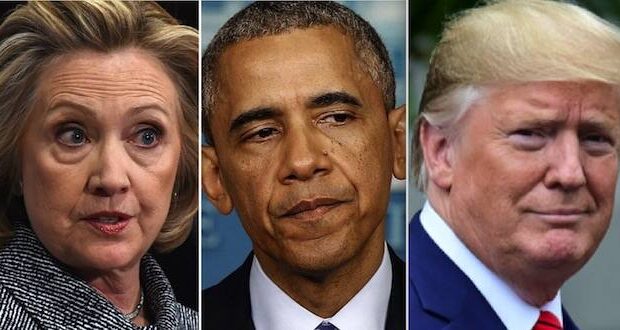 Classified documents regarding the Obama administration’s efforts to spy on the 2016 campaign of President Donald Trump will now be declassified.

“He’s already tasked me with getting some declassification rolling in follow up to some of the requests that Devin Nunes and others have made,” Meadows stated on Monday morning, referring to House Intelligence Committee Ranking Member Devin Nunes (R-Calif.) The mention of Nunes suggests that part of the declassification may deal with documents the California Republican brought up during an interview on Sunday.

Nunes said that he is looking to declassify two more summaries of the FBI interviews of Igor Danchenko, the primary source of the infamous and now discredited Steele dossier. Nunes made the statements on Fox News’ “Sunday Morning Futures” host Maria Bartiromo.

A Washington-based Russian national, Danchenko was once suspected of being a spy for Moscow and investigated by the FBI, according to documents released by Attorney General William Barr last month. The summary of the FBI’s first interview with Danchenko revealed that Christopher Steele, the author of the Steele dossier, amplified rumors from Danchenko and presented them as serious claims in the dossier. The interview summary also revealed that Danchenko was not a highly-placed Kremlin source, but instead a run-of-the-mill Washington analyst who sourced his information from childhood acquaintances.

An investigation and testimony has already revealed how the Steele Dossier was paid for by the Hillary Clinton campaign in 2016 and Steele was a known operative.

“The American public needs to see the three reports that we know about at least from the Democrats’ Russian spy that they hired,” Nunes said.

The congressman also referred to more classified documents tied to the information released last week by Director of National Intelligence (DNI) John Ratcliffe. In a letter (pdf) to Senate Judiciary Committee Chairman Lindsey Graham (R-S.C.), Ratcliffe disclosed that the CIA in late July 2016 came into possession of a Russian intelligence analysis that claimed that Hillary Clinton approved a plot on July 26, 2016, to dirty up the Trump campaign by insinuating a link between the Trump campaign and Russia in connection with the alleged hacking of the Democratic National Committee. The plan was meant to distract the public from the Clinton-email scandal, according to the intelligence.

Nunes underlined how long it took to get the government to release some of the documents. He and his colleagues have been pushing for the information since early 2017.

CIA Director and Democrat John Brennan personally briefed President Barack Obama in July 2016 about the Clinton intelligence, according to the DNI, who cited notes taken by Brennan. The intelligence was also passed on as a criminal referral to FBI Director James Comey and special agent Peter Strzok.

In testimony before the Senate Judiciary Committee, Comey claimed to not remember receiving the referral.

The Obama-era FBI used a range of government surveillance tools in 2016 and 2017 to target Trump campaign associates as part of the Crossfire Hurricane probe. The bureau used Steele’s dossier, without verifying it, to obtain a Foreign Intelligence Surveillance Act (FISA) warrant to spy on former Trump campaign adviser Carter Page. The Clinton campaign was Steele’s ultimate client, a fact the FBI failed to disclose to the secret surveillance court.

One of the officials involved in obtaining the FISA warrant on Page pleaded guilty in August to a false statements charge. FBI attorney Kevin Clinesmith admitted to forging an email to falsely convey that Page had not been a source for the CIA, even though the CIA had advised the bureau that the opposite was true.

2020-10-05
Dwight Widaman
Previous: Several cases of interest to Christians on agenda as new Supreme Court term begins
Next: DOJ steps in on side of church against unfair Washington DC restrictions