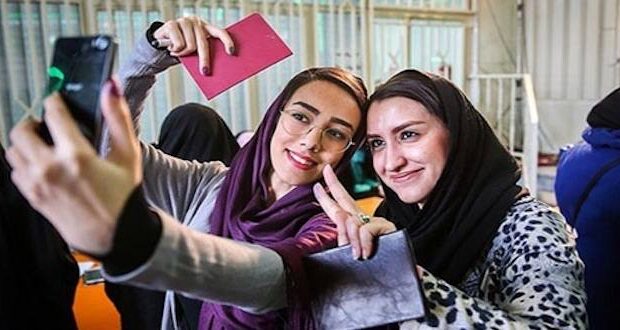 Upheaval in Iran as youth turn away from Islam

Iran is undergoing seismic shifts as the young turn towards the west and away from radical Islam. A first-of-its-kind survey reveals those changing attitudes toward religious beliefs and their authoritarian Islamic government.

For 14 days this summer, two Dutch professors interviewed more than 50,000 Iranians online for an unprecedented survey covering topics from faith to politics to religious life.

The authors say they discovered a huge shift that should fundamentally change how we look at Iran today.

One major standout from professors Pooyan Tamimi Arab and Ammar Maleki is that despite Iran’s census claims that 99.5 percent of the population is Shiite Islam, only 32 percent of their respondents identified as such.

The next largest group is the “Nones” at 22 percent, which led the authors to conclude that Iranians are abandoning religion for secularism.

“This survey is important because it puts data behind the largely non-empirical argument that analysts have been forced to deal with which is that Iranian society is less religious,” Benham Ben Taleblu, a senior fellow with Foundation for Defense of Democracies, told the Christian Broadcasting Network “This survey, this data proves that Iranian society is exceptionally less religious.”

Approximately half of the population reported losing their religion. 60 percent said they do not pray anymore. Younger people reported higher levels of dissatisfaction with religion.

In addition, an overwhelming number of respondents were critical of authorities using strict Islamic laws to govern daily life. For example, 72 percent of those surveyed opposed the law mandating all women to wear A hijab, the Islamic veil covering.

“All of these trends: the push back on the hijab, the lack of belief in the coming of the Mahdi, the lack of the willingness to identify with Schism, the willingness to identify with other faiths, are all of a result of politics in the past 40 years of the Iranian government,” Taleblu said. “As the Islamic Republic has tried to shove religion down the throat of Iranians to mask their authoritarian grasp on power, you’ve seen Iranians contest their authoritarianism by contesting faith itself.”

The survey also revealed that as Islam diminishes, Christianity is growing. One-point-five percent of those surveyed identified themselves as Christian.

“That is compared to about 30 years ago being less than one percent, everybody thought it was less than [a] point-five percent,” said Mike Ansari.

Ansari runs Mohabat TV, a ministry that broadcasts the Gospel into Iran. He says the survey is significant because it lends credence to what mission groups have been saying for years.

“This data is important because it is indicative of the fact that in the country of Iran in the midst of persecution and Islamic rule, Iranians are turning their back to their institutional faith and receiving Christianity as a new faith,” Ansari said.

Iran is one of the world’s most dangerous places for Christians and other minority faith groups.

Non-Muslims are often arrested or severely tortured for sharing or practicing their faith.

Yet, in a sign of changing times, the survey found that 41 percent of respondents believed ALL religions should have the right to public proselytizing and around 54 percent said it was a good idea for their children to learn about other faiths at school.

Previous: U.S. Supreme Court hears case that may have significant impact on religious liberty
Next: Arrests are an occupational hazard for pastors in India