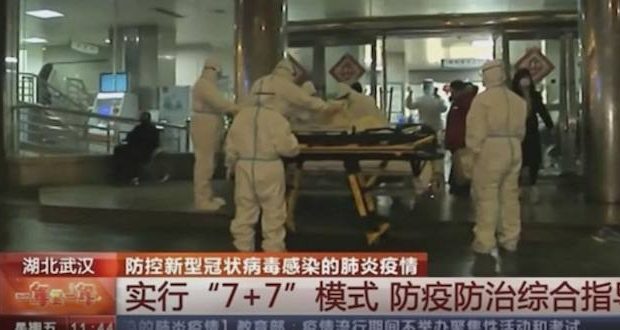 As the number of Chinese citizens quarantined rises to 56 million, the United States government has announced it is rapidly working on an evacuation of American citizens from Wuhan. That city is the epicenter of the coronavirus flu outbreak.

The evacuation operation, which has now become critical, will be carried out by air from the epidemic-stricken Chinese city of Wuhan according to officials familiar with the effort, the Wall Street Journal reported. It is likely to spread to other cities and provinces should the flue-like disease spread.

President Xi Jinping stated in a televised address that China was facing a “grave situation” as the death toll from the deadly coronavirus outbreak jumped to 42. Now 16 cities are under quarantine with the number expected to rise. China, as the world’s most populous country, could be debilitated as millions more residents are told not to leave their communities while commerce, food deliveries and other services stall.

The news comes after confirmed cases in the United States and Mexico.  Around the world, health authorities are scrambling to prevent a pandemic which could possibly kill millions if not controlled quickly. Scientists earlier this year ran a simulation on this disease and the computer models showed a worst-case scenario of 62 million dying.

Senator Josh Hawley (R., Mo.) sent a letter Friday to the officials leading four government agencies asking whether the Trump administration was considering a Chinese travel ban to prevent an American outbreak of the coronavirus.

The senator tweeted that “Public safety must be #1 priority.”

As deadly #coronavirus spreads, this morning I’ve written to the Secretary of State and others to ask whether temporary travel restrictions from affected areas in China may be necessary, and if they are, when American travelers will be notified. Public safety must be #1 priority

U.S. authorities say the Trump administration is arranging a charter flight on Sunday to bring its citizens and diplomats back from Wuhan, the central Chinese city at the epicenter of the outbreak.

Once contained primarily to just one province, the entire Chinese nation is now being affected.

The newly identified coronavirus has created alarm because there are still many unknowns surrounding it, such as how dangerous it is and how easily it spreads between people. It can cause pneumonia, which has been deadly in some cases.

China’s version of the ride-hailing giant Uber, Didi Chuxing, said is was suspending inter-city services to and from Beijing beginning Sunday, while the capital will also stop running inter-province shuttle buses. Inner-city flights have already been suspended.

Hawley is among many who are asking “What if?” He ended his letter with four requests, including what protocols the government plans to take on possible travel restrictions, the level of transparency while informing the public of any decision and what steps the U.S. can take to assist China and the international community to contain the virus.