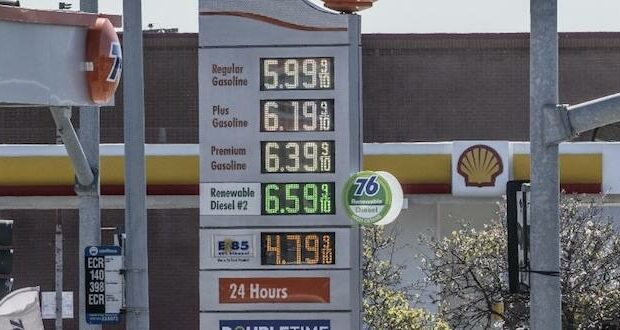 The move ended the sales of three major offshore oil leases off the coast of Alaska and in the Gulf of Mexico. The decision removes over 1 million acres which would have expanded the nation’s energy independence and reduced American reliance on Russian oil which has increased since Biden came into office.

The Interior Department asserted that the decision was due to a “lack of industry interest in leasing in the area.” But that assessment contradicts industry experts who touted the proposed Cook Inlet oil and gas lease sale 268 as a boon for energy supplies.

In addition, the press release stated “the Department also will not move forward with lease sales 259 and 261 in the Gulf of Mexico region, as a result of delays due to factors including conflicting court rulings that impacted work on these proposed lease sales.”

In opposing the cancellations, economists were joined by leading political including former Vice President Mike Pence.

“Gas Prices are the Highest Ever Recorded and the Biden administration cancels an Alaska oil and gas lease sale? This has got to stop. Unleash American Energy Joe!” Pence said on Twitter.

The Biden administration has so far ignored a law that required it to come up with an alternative plan if it does not lease the land. The federal law also requires the Interior Department to adhere to a five-year leasing plan for auctioning offshore leases which is not up until the end of June.

The administration, say critics, has been hostile to domestic energy production and fuel delivery, having cancelled the XL pipeline in the first days of office. A federal judge even blocked the Biden administration in 2021 from pausing leases.

The Biden administration’s latest move to cancel offshore oil leases comes as gas prices in the United States hit another record high of $4.404 on May 11, according to AAA, just a day after hitting an earlier high of $4.374, while crude oil continues to remain above $100 per barrel.

While gas prices continued to rise, and even spike in the weeks after Russia invaded Ukraine, the price of gas had already shot up 50 percent under Biden before the invasion.

Critics contend that Biden’s energy policies, in addition to blocking the Keystone XL pipeline, included restricted leasing for oil and gas drilling on federal lands. Economists say this has created a supply problem in the domestic market, making the United States once again dependent on foreign oil.

Previous: Over $3000 in cash prizes offered in Topeka Youth Project Tournament
Next: Iranian Christian explains the plight of women