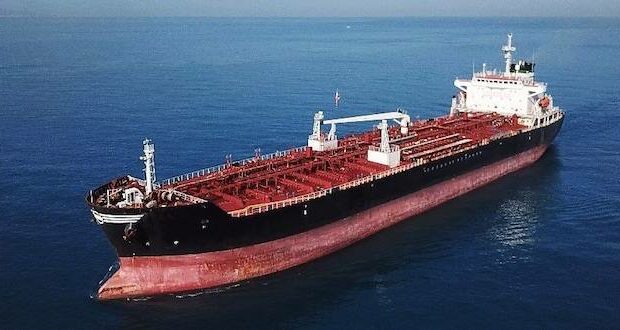 The Biden administration continues to refuse calls to ban Russian oil imports. That could soon change.

The demands are coming fast and furious and have been a rare point of unity between Democrats and Republicans in Washington who may be reflecting polls that show 72% of Americans support a ban.

The White House’s reticence comes as oil and gas prices reach record highs, with oil companies now taking the lead. Shell announced Tuesday it will stop all oil production facilities and contracts with the Putin regime for oil and gas.  But it may take more official efforts. A bipartisan group of lawmakers announced plans for legislation banning Russian energy imports.

“No decision has been made at this point by the president about a ban importing oil from Russia,” White House press secretary Jen Psaki told reporters on Monday. Psaki was again grilled by reporters for her comments that American oil producers have the ability to drill more but are not doing it. One reporter, who reminded her that Biden’s first week in office included shutting down oil pipelines and new oil leases, was virtually shouted down by Psaki who appeared not to want to be reminded of the administration’s policies of the last year.

Earlier in the day, members of the House Ways and Means Committee and the Senate Finance Committee announced plans for a bill that would provide U.S. President Joe Biden the authority to increase tariffs on goods from Russia and Belarus, and would require U.S. Trade Representative Katherine Tai to seek suspension of Russia’s participation in the World Trade Organization (WTO). Tai would also be required to push for a halt to Belarus’s proposed accession to the WTO.

“Taking these actions will send a clear message to [Russian President Vladimir] Putin that his war is unacceptable and the United States stands firmly with our NATO allies,” the lawmakers said.

The White House has said it is seeking to strike a balance on Russian sanctions that maximize the squeeze on Russian President Vladimir Putin while minimizing the cost to American consumers.

The average price for a gallon for gas in the United States hit a record high of $4.104 on Monday, breaking the record of $4.103 set in 2008, according to GasBuddy.

On Tuesday, oil prices again rose, after soaring Sunday to their highest since 2008 due to delays in the potential return of Iranian crude to global markets.

Biden on March 1 authorized the Department of Energy (DOE) to release 30 million barrels of oil from the U.S. strategic petroleum reserves, representing half of a coordinated 60-million-barrel release from International Energy Agency (IEA) member states. The administration for decision because it amounts 2 million barrels a day for 30 days, while the United States consumes an average of about 20 million barrels per day. Economists say it will have little to no impact.