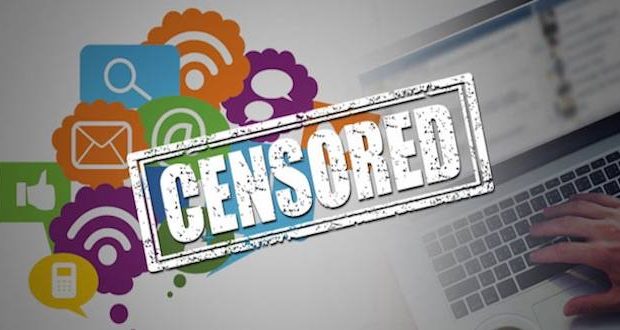 The organization, which is not known for espousing democratic principles, made the startling recommendation in an opinion piece published to their website. The author, Inbal Goldberger, writes that combining a powerful AI network with input from human intelligence data would track and preemptively stop content from circulating online.

“Since the introduction of the internet, wars have been fought, recessions have come and gone and new viruses have wreaked havoc,” Goldberger writes. “While the internet played a vital role in how these events were perceived, other changes—like the radicalization of extreme opinions, the spread of misinformation and the wide reach of child sexual abuse material (CSAM)—have been enabled by it.”

Goldberger asserts that the AI would be used to detect “extremism,” “disinformation,” and “hate speech” in addition to pornography.

The article has been widely criticized by conservatives.

A report for The Daily Caller pointed out that social media companies are known to target conservative content online, including posts that are critical of gender ideology, climate change theories, COVID-19 policies, and vaccine safety. Some of this content is already labeled as misinformation and hate speech and is even blocked entirely on some platforms,

In response to the online backlash against the article, the WEF added a note to readers at the top of the page.

“Please be aware that this article has been shared on websites that routinely misrepresent content and spread misinformation,” the note reads, then claims the WEF doesn’t support the censorship proposal.

The WEF is known for promoting a globalist agenda that’s “more social engineering than economics,” China expert Antonio Graceffo wrote in an article published in The Epoch Times. The social engineering includes pressuring companies to “comply with WEF social dictates.”

The WEF also has ties with the Chinese Community Party (CCP), and its programs feature Chinese politicians and businessmen. In a virtual dialogue held in July, Ma Jun, a CCP banking official, called for mobilizing private capital to “avoid funding activities” that damage nature.

“Basically, what Ma Jun is saying is that companies that do not comply with the globalist agenda will be cut off from borrowing,” Graceffo wrote.