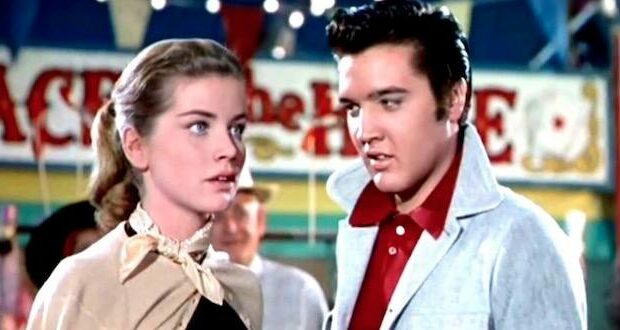 It’s one of those fascinating and intriguing factoids of Hollywood history and pop culture that the woman who gave Elvis Presley his first onscreen kiss actually became a nun – a Benedictine sister.  Dolores Hart turned 84 Oct. 20.

Now Reverend Mother Dolores Hart, she lives today at the Abbey of Regina Laudis, a picturesque, rural and secluded enclave in Bethlehem, Conn. She’s been there the last 58 years. Those who live there are guided by the motto, “Let praise never cease!” 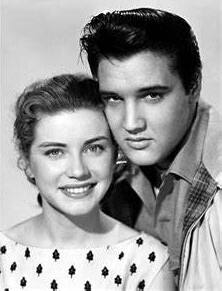 To be sure, Dolores Hart’s last 58 years have been much different than her first few decades of life. Born to teenage parents who eventually divorced when she was three, Dolores was mostly raised by her grandparents. Her parents were actors.

“I grew up on Mulholland Drive, watching the klieg lights, just enamored at the lights from Sunset Boulevard,” she once told ABC News. “You can imagine what that meant to me, as a 6-year-old, to suddenly find myself wandering around 20th Century Fox movie lots, thinking that was going to be my future.”

In fact, Hollywood would be her future – at least for a season. As an amateur, she was cast in Lonelyhearts with Montgomery Clift and Wild is the Wind with Anthony Quinn. When she was 18 years old, Dolores Hart signed a movie contract with the producer Hal Wallis, who was best known for producing such hit classics as Casablanca and The Adventures of Robin Hood. Other stars in his studio at Warner Bros. included Humphrey Bogart and John Wayne.

For the rising Hart, Wallis matched her with another ascending star, Elvis Presley.

“To be honest, I did not know who he was,” Sister Hart told Fox News. “In fact, when I first met him, I asked him what he did. I remember him being very courteous. He was an absolute gentleman and would call me ‘Miss Dolores.’ And then I learned what a talented singer he was. By the time we did our second film, we couldn’t walk down the street because there were so many people waiting for him, just wanting to touch him.” 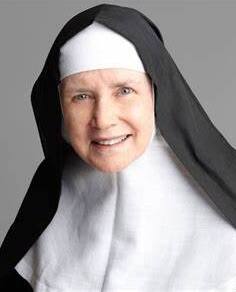 It would be in Hart’s first movie with Presley, Loving You, that the script called for the two to kiss.

“It’s the last scene of the film, but when you walk in on set, you’re told, ‘This is the first thing you’re going to do,’” she recalled with a smile. “I remember I had to put my arms around him and kiss him. There were about 100 people on the soundstage. Seconds into it, the director, Hal Kanter, yells ‘Cut!’ I thought, ‘Oh no, how can I kiss wrong?’”

It turns out, Dolores Hart was blushing

“He [Kanter] immediately asks for the makeup man to come over to fix me up. I thought, ‘What’s going on? That’s it, it’s over for me.’ Well, Hal tells me, ‘Dolores, you’re blushing in your ears. They’re red. We need makeup.’ I was so embarrassed. After they fixed me up, we started again. And again, seconds later, he yells ‘Cut! Get some makeup for Mister Presley!’ When I looked, he was red! But that’s the way it was. We were just a couple of kids. But he was a simple and true man.”

Despite their fictional onscreen romance, Hart and Presley never dated – but they did read Scripture together.

“I remember one moment when we were taking a break from filming,” Sister Hart said in an interview. “He walked over to me, handed me a Bible, and said, ‘Miss Dolores, would you open this book? What do you see? What does it mean to you?’ And so, I offered my opinion on what I was seeing. And from there, we spent the time in between the scenes talking about the Bible. I never expected a fellow actor, in particular, to have that kind of genuine curiosity. He wasn’t trying to set up anything. There were no flashbulbs around to take pictures of us. He did it because it was in his heart.”

Dolores Hart’s decision to leave acting came slowly and then suddenly. Though accomplished, she was feeling unsettled. While in a Broadway show, she decided to make a retreat to the Abbey of Regina Laudis. The solitude and contemplative atmosphere were very appealing to her, and she told one of the nuns she was thinking about joining the order. She was told to go back to acting, which she did. But several years later, she believed God was calling her to make the break.

Complicating her decision was a longtime engagement to architect Don Robinson. Though Dolores said she loved him, she didn’t believe God wanted her to marry him. The breakup devastated her longtime best friend.

“I was crushed,” he would later say. “Are you kidding? I’m a human being. I loved her deeply and still do, and I always will.”

Don Robinson would never marry, and visited Dolores Hart every year at the Abbey on Christmas and Easter. “Every love doesn’t have to wind up at the altar,” he said. He has since passed away.

During her years at the Abbey, Dolores has taught visitors and other residents, and corresponded with other actors and actresses, many of whom are seeking to find their purpose and calling in life.

“I think we all need to walk down that path of self-discovery and truly understanding our purpose. And part of doing that is coming together and sharing our experiences, both the joyful and sorrowful ones. And I truly believe it’s never too late. In all of my letters, I offer gratitude and prayer so that each individual can embark on their own personal journeys.”