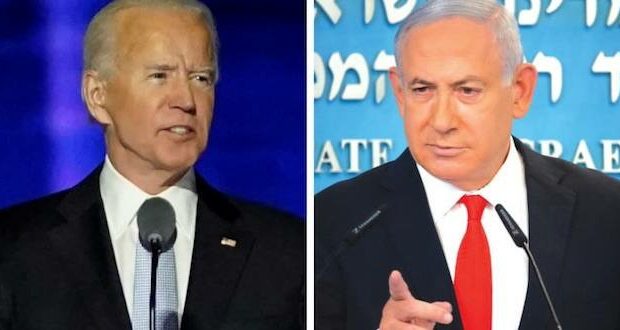 It took a month but President Joe Biden has finally spoken to perhaps America’s most important ally – Israel. Prime Minister Benjamin Netanyahu says his American counterpart called him on Wednesday.

The delay in reaching out to the Middle East‘s only full-fledged democracy is seen by foreign policy experts as a major shift in U.S. policy, marking the first time in recent memory the two allies did not speak. The military intelligence Israel provides has long protected U.S. military personnel in the Middle East, Israeli technology that shields American troops around the world, and Americans at home from terrorist attacks.

Observers had noticed the unusual delay in contacting Israeli Prime Minister Benjaamin Netanyahu but when the finally call came, Netanyahu was gracious.

“The conversation was very warm and friendly and continued for approximately one hour,” the prime minister’s office said in a statement high on courtesies but belying some annoyance.

Though in a statement from the Whtie House, it was reported that Biden “affirmed his personal history of steadfast commitment to Israel’s security and conveyed his intent to strengthen all aspects of the US-Israel partnership, including our strong defense cooperation.”

Spokespeople on both sides confirmed that Biden and Netanyahu discussed continuing efforts to promote peace agreements between Israel and states in the region, something that was a top priority of the Trump administration, resulting in a historic number of peace deals.
Perhaps the most important topic was the Iranian nuclear threat. Israel opposes the Biden’s administration’s efforts to re-establish the nuclear deal negotiated by the Obama administartion that Israel says eventually leads to an Iranian bomb.
Biden congratulated Netanyahu’s efforts in fighting the COVID-19 pandemic according to the Netanyahu statement. Israel is expected to be 100% vaccinated by late March while the Biden administration has again pushed back its goals, now saying it will be late Summer before there are enough available doses for Americans.
But it was Israel’s security in a dangerous neighborhood that took first priority in the discussion.
“Biden affirmed his personal history of steadfast commitment to Israel’s security in call with Israeli Prime Minister Netanyahu,” the White House statement read.

Israel did have some good news from the Biden administration recently, when he recognized Jerusalem as Israel’s capital and will keep the US embassy there. President Trump moved the center of  American influence in the region to Jerusalem in 2018, fulfilling not only a campaign promise but also a law passed by Congress but ignored by both Democrat and Republican presidents.

Previous: In the shadow of Chernobyl, rebuilding homes and hope
Next: My six days behind the Iron Curtain, and why it matters today