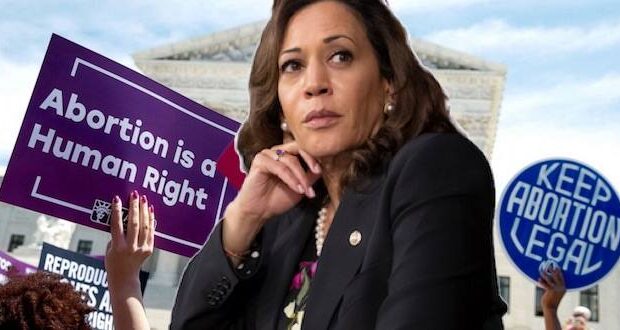 The fears of pro-life voters are being realized as Joe Biden and Kamala Harris prepare to reverse policies that have saved countless babies from abortion. Should they officially be declared the winners on December 14 when the nation’s electors meet, pro-life executive orders put in place by President Donald J. Trump will be reversed once they are inaugurated in January.

The official, and constitutionally-mandated results of the 2020 presidential election remain uncertain with only media outlets having made the call of a winner. Biden’s team, however, has already unveiled a “Biden administration agenda,” which includes a section on “early executive actions.” The former vice president’s agenda would reverse some of the Trump administration’s pro-life initiatives.

According to the document, Biden would “reverse Trump actions on abortion and reproductive health care, including reversing the Mexico City Policy, restoring funding to Planned Parenthood and contraceptive coverage under the ACA.” The Mexico City Policy, first signed into law by President Ronald Reagan, requires foreign nongovernmental organizations to promise not to “perform or actively promote abortion as a method of family planning” using U.S. taxpayer dollars.

Biden’s pledge to reverse the Mexico City Policy is consistent with the actions of the two previous Democratic presidents. Former President Bill Clinton, a Democrat, rescinded the Mexico City Policy upon taking in office in 1993. His successor, Republican Presdent George W. Bush, reinstated the policy after assuming the presidency in 2001.

Earlier this year, the Trump administration proposed expanding the Mexico City Policy to apply to all contracts and subcontracts that provide global health funding. According to the Kaiser Family Foundation, “40% of global health funding obligated to prime recipients in recent years was provided through contracts.”

In 2019, the Trump administration implemented a “Protect Life” rule barring health facilities that receive Title X family planning funds from performing, promoting or referring to abortion as a method of family planning. Rather than comply with the rule, Planned Parenthood, the largest abortion business in the country, withdrew from the Title X program.

Biden’s vow to restore funding to Planned Parenthood indicates that the Protect Life rule would go by the wayside in a Biden administration. Restoring the contraceptive mandate under the Affordable Care Act could result in religious employers having to pay for birth control coverage in their employees’ health insurance plans in violation of their religious beliefs. That would include forcing nuns to pay for birth control.

Marjorie Dannenfelser, president of the pro-life Susan B. Anthony List, previously warned that Biden and the Democrats’ vice-presidential nominee Kamala Harris would “immediately begin rolling back President Trump’s pro-life gains.” According to Dannenfelser, “Biden and Harris constitute the most pro-abortion presidential ticket in American history.”

Brian Burch, president of the faith-based advocacy organization CatholicVote, noted that Biden supports “forcing Catholic religious orders like the Little Sisters of the Poor to provide abortion drugs in their healthcare plans.” He cited the Democrat candidate’s posture regarding religious employers as evidence that “a Biden-Harris ticket threatens the values Catholics in this country hold most dear.”

In response to the media declaring Biden the winner of the 2020 presidential election, the pro-life group National Right to Life issued a statement asserting that the former vice president “has pledged to promote abortion on-demand and reverse pro-life laws and policies.”

The former vice president also expressed a desire to codify Roe v. Wade, the 1973 Supreme Court decision that legalized abortion nationwide, into law and repeal the Hyde Amendment, which prevents the use of taxpayer dollars to fund abortions. Both of those proposals would require congressional action.

In addition to reversing the Trump administration’s pro-life policies, Biden has also promised to rescind a Trump administration executive order that restricts the teaching of critical race theory, terminate the travel ban imposed by the president against terror-prone countries, and reinstate the Deferred Action for Childhood Arrivals program that temporarily allows some immigrants brought to the U.S. illegally as children to remain in the country and receive temporary work permits.

Biden, who also wants to rejoin the World Health Organization and re-enter the Paris Climate Accord, plans to take drastic steps to address the coronavirus pandemic by implementing a nationwide mask mandate. He also intends to increase “funding for testing and contract tracing.”

Previous: Who can really heal the nation?
Next: ‘Trump must leave’ Iranian newspapers say, as they congratulate Biden