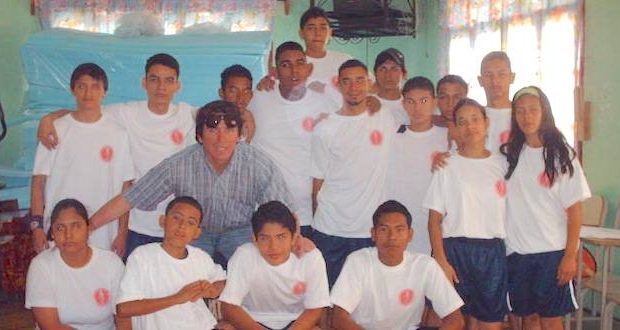 Children at the school

It was a half-truth. Hernan couldn’t speak because he couldn’t hear.

Wandering the streets of Tegucigalpa, Honduras, it wasn’t long before the drug dealers picked him out as an easy target. By joining them, though, at least he wouldn’t be alone anymore. 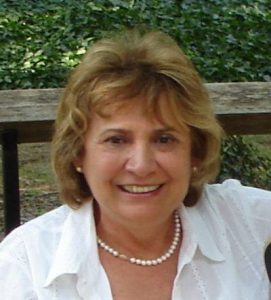 In 2007, when Hernan was 17, Carmen Linder welcomed him to His Love in Action Deaf School, the first school for the deaf in Honduras. He began learning sign language, math, and other elementary subjects. But the work was hard, and after two years he dropped out and returned to his old crowd. Then, in a moment of clarity, he realized that if he completed his education he could get a job. He returned to school.

Even though his teachers taught him the Bible and prayed for him daily, he shrugged it off. “It meant nothing to me,” he said later. “I continued to live my life of taking drugs, drinking, and living in sin.”

Then one day in fifth grade, something happened that changed all that.

On his way to the bus, “friends” slipped him some drugs that he quickly downed. Ten minutes later, he began to itch. Piercing abdominal cramps gripped him. His tongue swelled up and he could barely breathe. He was so dizzy he could hardly walk, and he collapsed when he got home.

His alarmed mother rushed him to the hospital, thinking he had food poisoning from the school lunch. By the time they reached the emergency room, he was unconscious. Doctors immediately inserted an IV and put him on a respirator. He was quickly slipping away.

When Hernan’s mom called the school to ask about lunch that day, Marina, the administrator, said no other students were sick. Sensing the worst, Marina sped to the hospital, praying and rebuking the spirit of death all the way.

While Hernan was unconscious, he had a revelation of Jesus. “Jesus came to me and told me I needed him because if I died I would go to hell,” Hernan related later. “He revealed to me just a glimpse of hell. It was worse than any bad nightmare I ever had. Then I woke up and truly felt alive and well.”

Hernan eagerly gave his heart to the Lord and since then has lived only for Jesus. He finished school, joined the soccer team, and sang in the choir. He learned carpentry, upholstery, and barbering. Today he works at His Love in Action Deaf School, teaching these skills and sharing the gospel with everyone he meets.

Hernan is now a barber, teacher, and committed follower of Jesus. 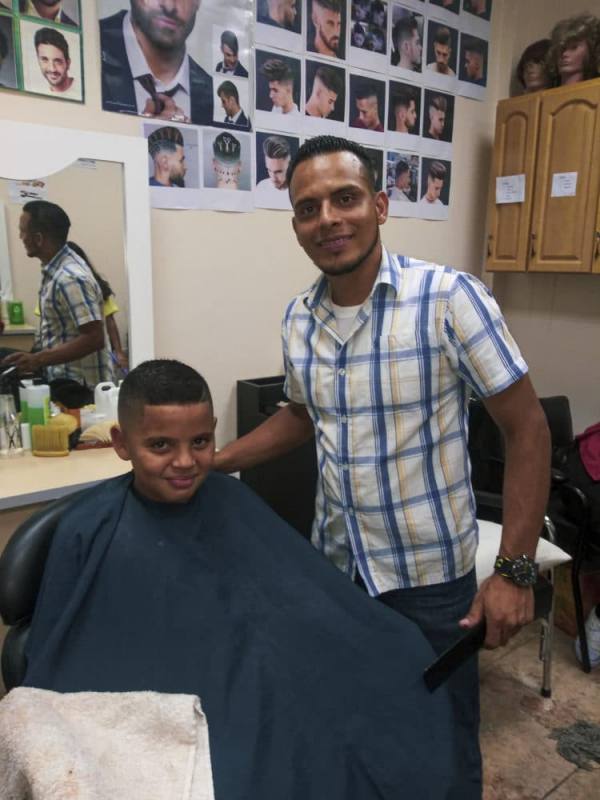 Hernan is now a barber, teacher, and committed follower of Jesus.

This past Spring, His Love in Action celebrated its 30th anniversary and dedicated a new school building. Hundreds gathered to give thanks for the Lord’s faithfulness. Hernan shared his testimony with the students, staff, and a room full of dignitaries, including the assistant to the vice president of Honduras. Reporters from two Honduran newspapers also attended.

“I thank His Love in Action’s founder, Carmen Linder, for giving me the opportunity to work at the school and for allowing me to share my testimony today,” he said. “I want everyone to give their hearts to Jesus and to know that if you live for him you will have an abundant life here on earth and eternal life when we go to be with him after death.” 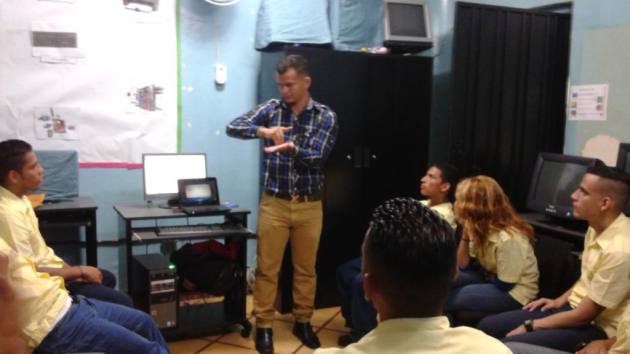 Sign Language is taught, then used in general education of students.

Honduras had no deaf sign language. Those who could not hear were rejected at home and schools were not an option. They were shunned by society and the drug lords used them to deliver their poisons.  However, things began to change in 1979.

Carmen Linder was born in Honduras, but lived in Florida. There she adopted a baby girl and later discovered she was deaf. While recovering from this shock she was asked to be a translator for a pastor who was preaching in Honduras. When they walked out after the meeting, they spoke to a child on the street. There was no answer. They tried several times, but still there was no response. The child could not hear, and it broke Carmen’s heart. After this encounter, Carmen checked into services for the deaf in Honduras and found there was nothing! “Why God? What can be done to help these people?” she questioned. The Lord’s answer to her was to start a school for the deaf.

Since then, hundreds have heard the gospel and been transformed. Through educational and vocational programs at Carmen’s school, the students can hold jobs and live productive lives. Former students began a church for the deaf, helped develop the Honduran Sign Language, and initiated other resources for the deaf community in the country, including lobbying for legislation that mandated care for deaf and disabled children. Students now get married, have children, and become interpreters.

Carmen tells people, “By changing the lives of those who were considered hopeless and useless, we have helped make key Honduran officials aware of the need to provide more opportunities for the deaf community. Once they lived in silence. Now they have a voice.”

ANM began partnering with Carmen’s pioneering work in 1993, and the joint effort has seen God perform multiple miracles in the lives of students like Hernan. Carmen wrote recently, “I have heard Hernan’s testimony many times and can truly say that Hernan is a changed person. He is now 29 and is a very responsible, God-fearing person who loves to testify about Jesus.”