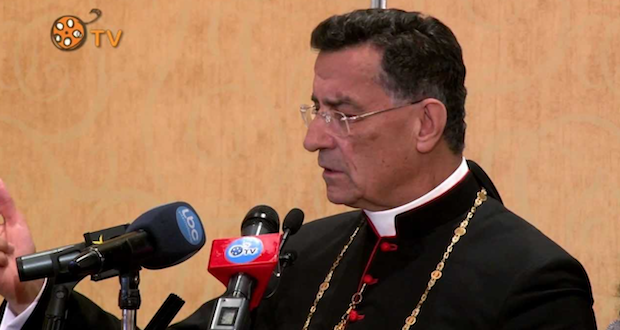 As Lebanon continues to teeter on total collapse, the country’s Christian spiritual leader is calling out the terrorist group Hezbollah.

Bechara Boutros al-Rahi, leader of the country’s largest Christian group, the Maronites, made the comments on Sunday which were then supported by the prime minister of Lebanon. The Christian group makes up fully one-third of Lebanon’s population.

Al-Rahi called on the Lebanese army “to take control of the entire lands of [southern Lebanon]” and to “strictly implement Resolution 1701 and to prevent the launching of missiles [at Israel] from Lebanese territory,” arguing that Hezbollah’s operations not only endanger Israel’s safety, but the safety of Lebanon as well, according to Lebanon’s National News Agency (NNA).

The religious leader added that Lebanon “is officially committed to the 1949 truce,” and added that most Lebanese “do not want to involve Lebanon in military operations that provoke devastating Israeli reactions.”

He spoke what most Lebanese are thinking about Hezbollah initiated conflict, “We are sick of wars, killing, destruction, and displacement,” he concluded.

His comments elicited threats from the Muslim Hezbollah and other Islamic factions. In response,  Lebanese prime minister Fouad Makhzoumi released a statement reiterating Al-Rahi’s remarks, saying that Lebanon “salute[s] the positions of Patriarch Bechara Al-Rahi and affirm[s] that any targeting act against him is unacceptable,” NNA reported.

Al-Rahi is considered a harsh critic of Hezbollah and a supporter of Lebanon’s neutrality regarding regional conflicts. In April, the religious leader supported Christian parties that called for the collective resignation of Lebanon’s Parliament, while accusing Hezbollah of hijacking the country and distorting Lebanese identity.

In May, during Israel’s military operation in Gaza in response to Palestinian terrorist Hamas firing 5,000 rockets at Israeli communities, and rockets fired by Hezbollah into northern Israel,  al-Rahi, called on Lebanese authorities to “control the border and prevent Lebanese territory from being used as a missile launch pad,” Asian News reported at the time.

The Maronites constitute approximately 33% of Lebanon’s population, according to data released by the Maronite Church. And a Maronite community of over 11,000 lives in Israel, some of whom define themselves as Armenians.

On Friday 19 rockets were launched toward northern Israel from southern Lebanon by Hezbollah.

Isreaeli Prime Minister Naftali Bennett noted that there is an impotent awakening of “many Lebanese citizens against Hezbollah and Iran’s involvement in the country,” after a video was released showing Druze villagers in Lebanon attempting to prevent Hezbollah terrorists from launching rockets toward Israel.