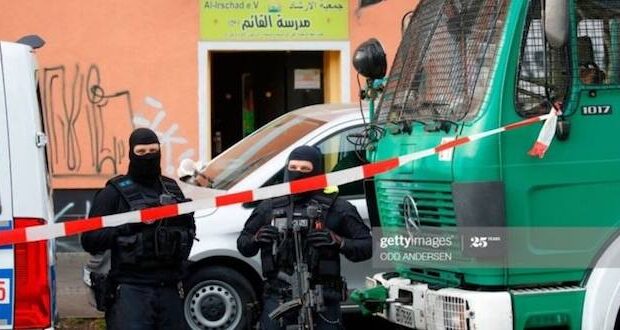 Germany on Thursday completely banned Lebanon’s Iran-backed Hezbollah movement from carrying out activities on its soil, as police raided mosques and venues linked to the group. The action is another foreign  policy victory for President Donald Trump who for several months has been pressuring Germany to make the move.

Like the European Union, Germany had until now only outlawed Hezbollah’s military wing while tolerating its political wing.

The news was welcomed by the United States and Israel, the German interior ministry said it now considered the entire movement a “Shiite terrorist organisation.”

Hezbollah controls 150,000 missiles in Lebanon that are all targeted at Israel. The terrorist organization grew its missile inventory substantially after Iran received over $50 billion dollars from the Obama administration which allowed it to ramp up production of weaponry.

According to the Berlin-based Tagesspiegel newspaper, Hezbollah uses a center in Berlin as well as other locations across Germany to recruit members and raise funds for terrorism and weapons purchases. The paper had published a detailed exposé on how the Lebanese terrorist organization uses Germany for “money generated” illicit activities and those funds are “used for arms purchases and for financing attacks.”

Citizens across Germany applauded the news but said it was also long overdue.

The interior minister “has banned the operation of the group” in Germany with immediate effect, his spokesman tweeted.

“Even in times of crisis the rule of law is upheld,” he wrote.

Raids were taking place in several places across the country, he added.

Dozens of police and special forces stormed mosques and associations linked to Hezbollah in Bremen, Berlin, Dortmund and Muenster in the early hours of the morning, German media reported.

The Al-Irshad mosque in Berlin was sealed off with at least 16 police vans parked outside, an AFP photographer saw. Masked police officers were seen walking in and out of the mosque.

Although Hezbollah has no official presence in Germany, security forces estimate it has roughly a thousand members in the country.

They are thought to use Germany as a safe haven to make plans, recruit sympathizers and raise funds, including through criminal activities.

He also recalled that Hezbollah has openly called for “the violent destruction” of the Israeli state.

“It’s part of our historic responsibility that we use all means under the rule of law to act against this,” he said, in a nod to Germany’s responsibility for the Holocaust during World War II.